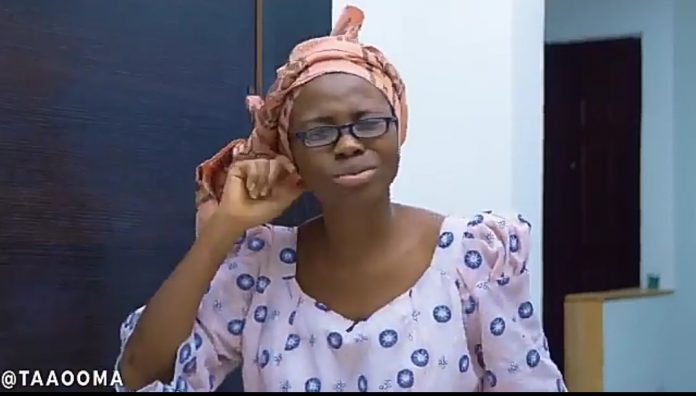 Apaokagi Adedoyin Maryam, popularly known as Taaooma is a Nigerian comedian, content creator whose comedy skits are centered on exposing African mothers and their unique manner of disciplining African children with a slap.

Watch the video below:

I trembled while saying everything. I hope and pray the U.S and the world at large can hear our voices.#EndSARS #EndSarsProtests https://t.co/NJsj4Ydtyo

Video of the lady whose mouth was shot by a police officer.

If you feel it’s time for #BuhariResign just RT.

Ruth Kadiri calls out NIFS, others for snubbing her

Tobi Bakre did not influence my BBNaija success– Alex Unusual