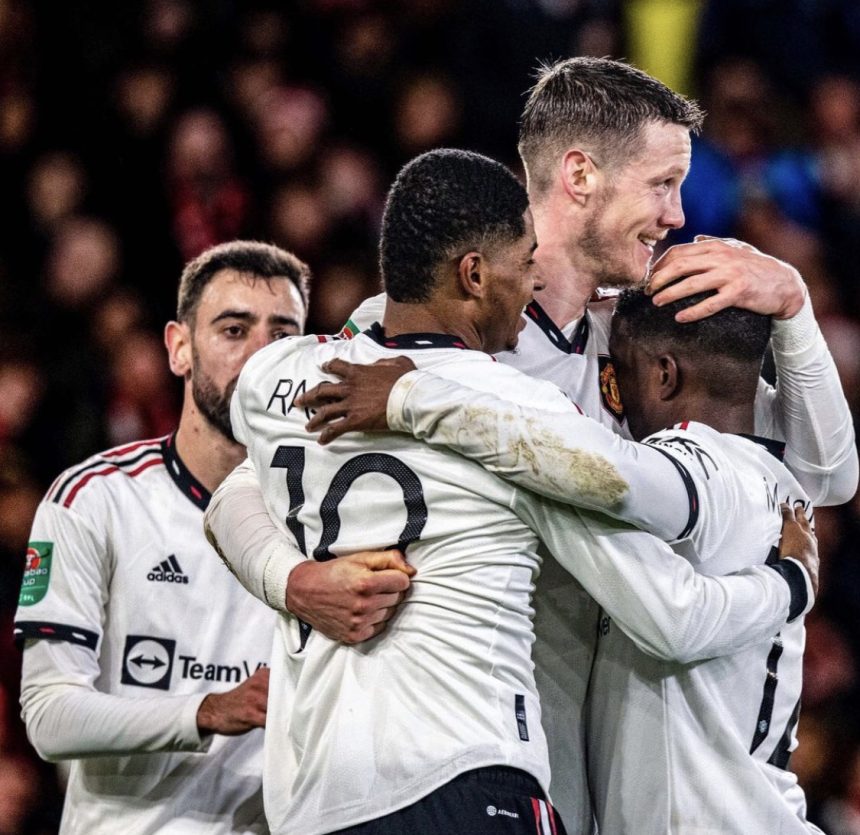 – Marcus Rashford’s sensational scoring streak continued at the City Ground as Manchester United closed in on an EFL Cup final appearance at Wembley next month with a three-goal victory over Nottingham Forest.

– Wout Weghorst added a second just before the break with his first goal for the club and Bruno Fernandes wrapped up the scoring a minute from time to provide Erik ten Hag’s men with a healthy advantage for the return at Old Trafford in seven days’ time as United look to end a trophy drought stretching back to 2017.

– Rashford’s goal took his tally to 10 in as many games since he returned from the World Cup, underlining his status as one of England’s form players at present.

The most of any player in Europe’s big-five leagues in this time 🔥#EFL | @ManUtd pic.twitter.com/saNNmDE1K0

– It was his fifth goal in this competition alone, putting him at the head of the leading scorer’s list.

– Weghorst has every reason to be pleased with himself too as he reacted quickest after Wayne Hennessey had saved Antony’s low shot and turned home the rebound, while substitutes Facundo Pellistri and Anthony Elanga were both involved as Fernandes drove a low shot past Wayne Hennessey.

– Ten Hag punching the air in celebration underlined the significance of that third goal.

It's advantage United ahead of next week's second leg 💪#MUFC || #CarabaoCup