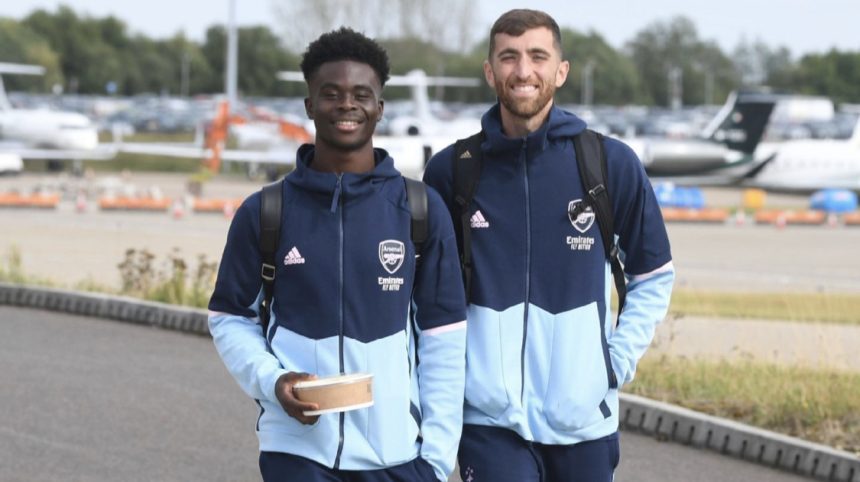 – United States goalkeeper Matt Turner said the Americans will need to be wary of Arsenal teammate Bukayo Saka when the US and England square off on Friday.

– Saka scored twice in the Three Lions’ 6-2 victory over Iran on Monday and will be aiming to add to his tally as England looks to take full control of Group B.

– “I think it’s pretty clear. He’s one of the young stars of world football,” Turner said about Saka. “He’s a top, top player and I think you don’t need me to tell anybody on our team how much of a threat that he poses in the game.

– “He’s scoring goals in a variety of ways. He’s really developed, mature. He’s gotten stronger from what I understand. I’ve only worked with him for a few months. I’m looking forward to playing against familiar faces. I think he’s a really, really good player that can change any game that he takes part in.”

– The US will be aiming to put the disappointment of Monday’s 1-1 draw with Wales behind them, one that saw them lead for much of the match before conceding a late penalty that was converted by Gareth Bale.

– Turner added that the US will need to be more clinical with its opportunities than it was against Wales.

– “I think one of the main things for us is we missed some opportunities in transition against Wales in the second half,” he said.

– “I think we had chances where we just weren’t particularly clean in the final third. Maybe a pass was a little off or the timing was wrong and it took away the small windows that you have in the World Cup where the margins are so thin to score goals. So I think we know that we’re going to have to be better in transition against England if we want to score goals.”

– In addition to Turner, both Yunus Musah and Cameron Carter-Vickers have ties to England. Musah spent part of his childhood there and represented England at youth international level. Carter-Vickers was born and raised in England, but eventually opted to represent the US

– “It’s a special game for sure cause I played on both sides,” said Musah. “To be able to be on the same pitch as the national team I used to play with is special.”

– Carter Vickers said there will be divided loyalties in his household when the two teams take the field on Friday.

– “With my family, half want us to win and half want England to win,” he said.

– “I’m not too sure how I’m going to feel when game comes around, but I do know that I’ll be doing anything I can to try and help the team win.”