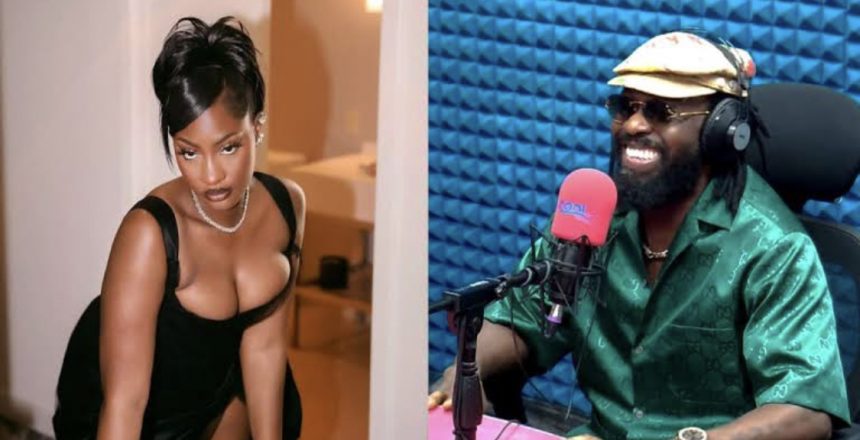 Superstar artiste, Inetimi Timaya Odon, popularly known as Timaya, has opened up about what he feels about his female colleague, Tems.

He wants to get married to her.

During a recent interview, he openly declared that he loves Tems and can’t stop looking at her.

Also Read: ‘Rema is their Dad’

Timaya made this known during an interview with Cool FM, tagged “Road show”, while responding to the question about his thoughts on the new crop of Nigerian singers today.

He hailed Rema, Fireboy, Tems, Ayra Starr, Ruger, Buju among others but went further to share a short story about Tems, noting how seeing her pictures on social media confuses him.

Timaya said, “I love Tems; but do you know, I keep looking at Tems.

She reminds me of someone when I was living at Abike Sulemon in Lekki Phase One.

She was going to Dowen College and she comes out of my house, like the front of my house cuz she wants to see me.

Those days when she was in secondary school.

You know when somebody will be like “ah, I’m a fan!” But look at her right now. She’s a great, super duper international superstar.

I didn’t know she could sing you know, it’s crazy!”