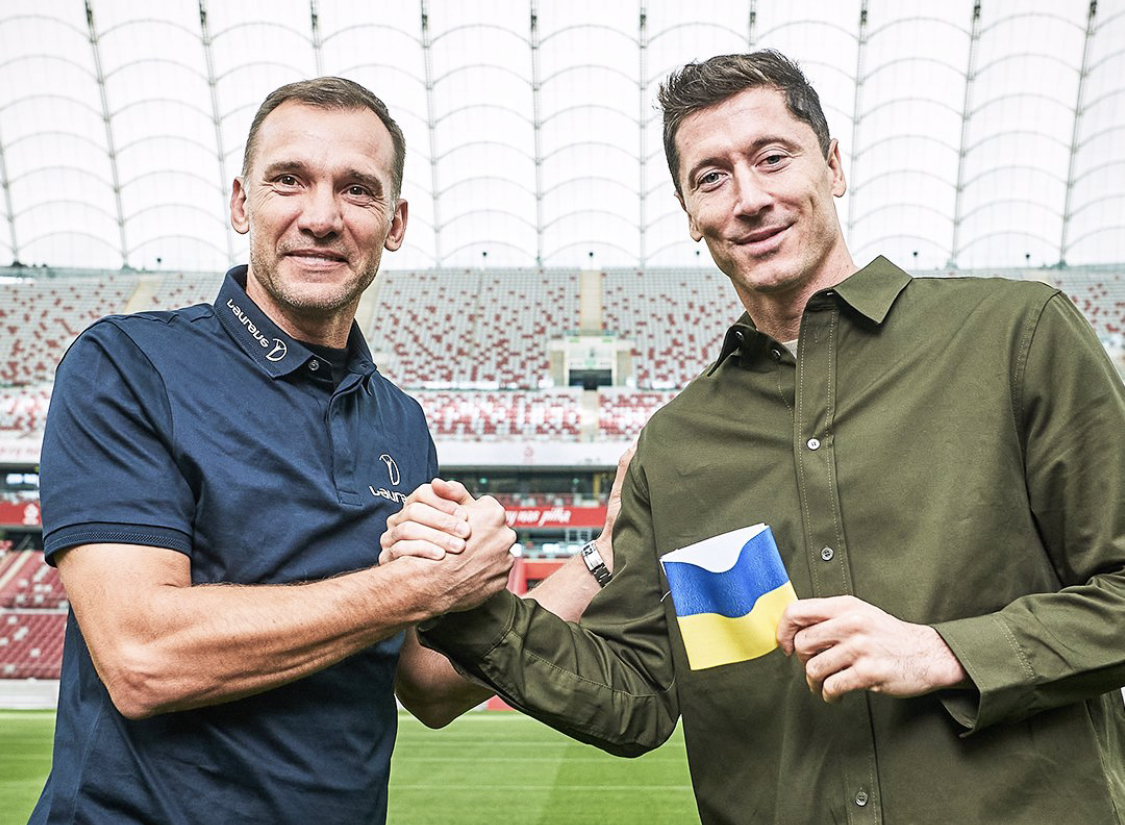 – Robert Lewandowski increased his support for Ukraine on Tuesday when the Poland captain pledged to take an armband in the country’s blue-yellow flag colours to the World Cup in November.

– Lewandowski first showed his opposition to the Russian military invasion of Ukraine within days of it starting in February. He called for Poland to boycott playing Russia in a World Cup qualifying game.

– The two-time FIFA World Player of the Year received his gift from Ukraine great Andriy Shevchenko at Poland’s national stadium in Warsaw.

– “Thank you Andriy. It was a pleasure to meet you!” Lewandowski wrote on his Instagram accoun t. “It will be an honor for me to carry this captain’s armband in the colors of Ukraine to the World Cup.”

Thank you @jksheva7. It was a pleasure to meet you! It will be an honour for me to carry this captains armband in the colors of Ukraine to the World Cup. @LaureusSport pic.twitter.com/y9lyQyyGDR

– “We can’t pretend that nothing is happening,” Lewandowski said then, two days before FIFA and UEFA banned Russian teams from international competitions — effectively removing Russia from the World Cup.

– After Poland advanced through the playoffs to the World Cup in Qatar, Ukraine lost to Wales in a playoffs final postponed until June to help the team prepare amid the war that shut down domestic soccer.

– Poland will play in Group C with Argentina, Mexico and Saudi Arabia at the Nov. 20-Dec. 18 tournament.

– The soccer ties between Poland and Ukraine, which co-hosted the 2012 European Championship, have seen Ukrainian national and club teams play “home” games in international competitions at Polish stadiums this season.

– Ukraine will complete its UEFA Nations League program in Poland next week, hosting Scotland at Krakow.

– Shevchenko, the 2004 Ballon d’Or winner when a standout striker with AC Milan, coached the Ukraine team when it reached the Euro 2020 quarterfinals last year.