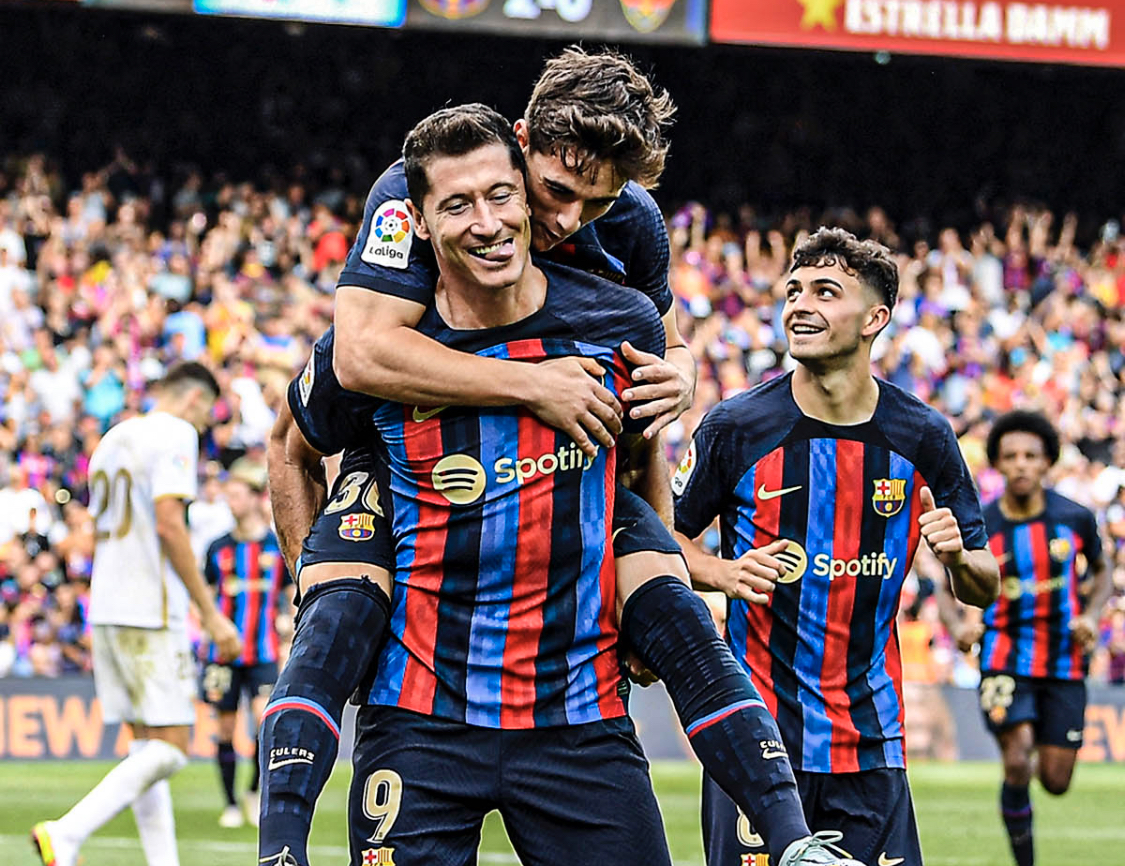 – Barcelona striker Robert Lewandowski continued his insatiable run in front of goal by scoring twice while Memphis Depay also got on the scoresheet as the Catalans cruised to a 3-0 win at home to struggling Elche in LaLiga on Saturday.

– The victory took Barca top of the standings on 16 points from six games although Real Madrid, on 15, can return to the summit if they win away to Atletico Madrid on Sunday.

– Barcelona’s task against the league’s bottom side was made easier when Elche centre-back Gonzalo Verdu was sent off in the 14th minute for pulling Lewandowski’s shirt as the striker was about to reach the area.

– Lewandowski opened the scoring in the 34th minute, arriving deep in the area to knock in a cross from Alejandro Balde and score for the fifth consecutive game in LaLiga.

– Memphis scored a magnificent goal to double Barcelona’s lead in the 41st minute while Lewandowski grabbed his second early in the second half, pouncing inside the area after Memphis had fought hard to win back the ball.