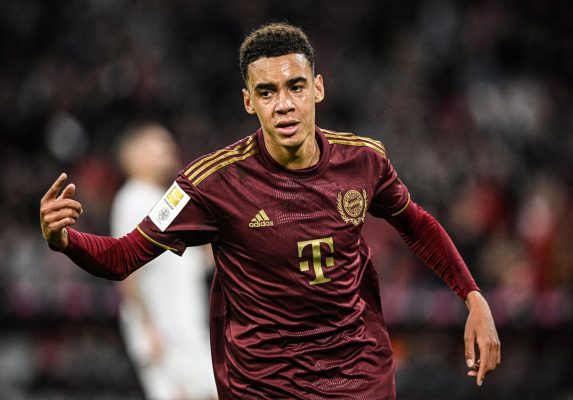 – Jamal Musiala scored once and set up two more goals as champions Bayern Munich cruised past Bayer Leverkusen 4-0 on Friday to snap a four-game winless run in the Bundesliga.

– The Germany international delivered a superb performance for a confidence-boosting win ahead of Tuesday’s Champions League group game against Viktoria Plzen and the big Bundesliga match against Borussia Dortmund next weekend.

– “I think it is still too early. We have to play more games like that so we can’t just say now we are back,” Musiala said.

– “Everyone in the team wanted to win today. There was pressure on each and everyone of us. We all want to be number one and we showed it today. Pressure is always there at Bayern.”

– In a frenzied start, Musiala set up Leroy Sane for their first goal in the third minute to settle nerves in the Allianz Arena as the Bavarians were desperate to bounce back following their recent dip in form and their longest run without a win in 20 years.

– The 19-year-old attacking midfielder terrorised the Leverkusen defence throughout the game and turned scorer in the 17th after a one-two with Thomas Mueller and a slightly deflected shot.

– He then helped Sadio Mane end his five-game goal drought, picking out the Senegalese in the box who sent another deflected effort past goalkeeper Lukas Hradecky for his first goal in front of a home crowd.

– Musiala has now scored five times in the league and set up three goals.

– The icing on Bayern’s cake came in the 84th minute when Hradecky slipped in the box to send the ball directly into Mueller’s path for their fourth goal.

– The win lifted Bayern into second place in the Bundesliga on 15 points, two behind leaders Union Berlin, who travel to Eintracht Frankfurt on Saturday.

– Fellow Champions League club, Bayer Leverkusen, who travel to Porto on Tuesday, slumped deeper into trouble, dropping to 16th in the league.

– Coach Gerardo Seoane’s team have won just one of their eight Bundesliga matches so far after finishing in third place last season.