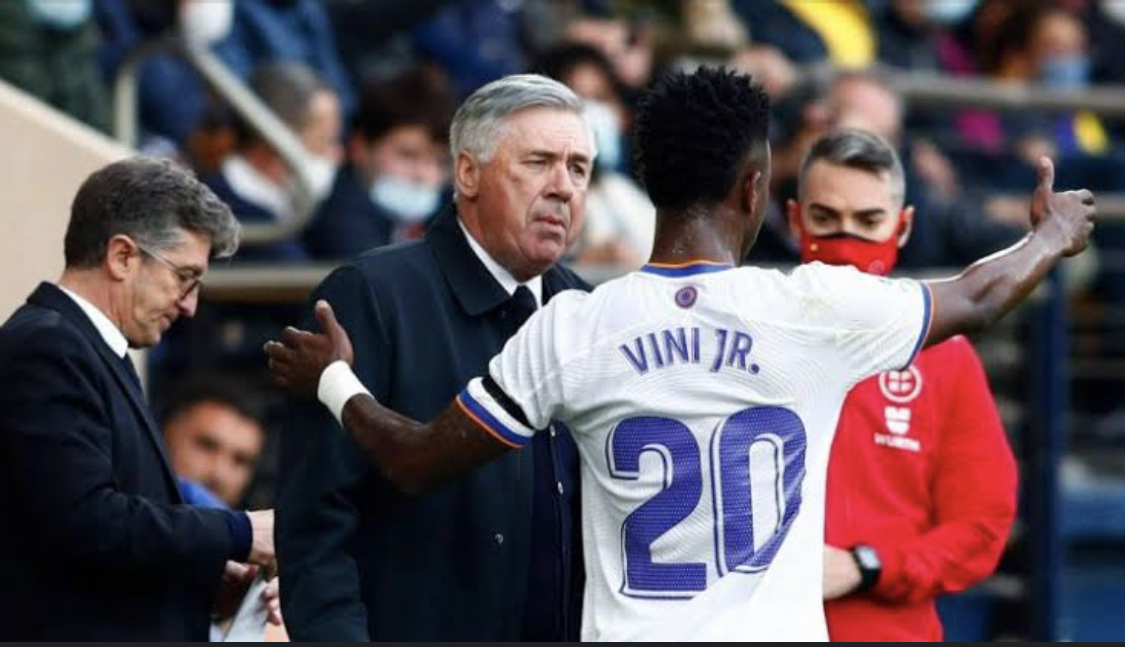 – Real Madrid manager Carlo Ancelotti says he will not tell Vinicius Jr to tone down his style of play after incidents in La Liga at the weekend.

– The forward argued with Real Mallorca players and their coach Javier Aguirre during a 4-1 win for Madrid.

– Ancelotti could be seen telling the Brazilian to calm down, but played down the issue before the Champions League match at home to RB Leipzig.

– “I see a great player demonstrating his talent – that’s it,” Ancelotti said.

– “I’m not deaf and I’m not stupid, I can hear what is being said but this isn’t a topic for us or for Vinicius. He has extraordinary quality and it’s normal that opponents try to stop him in his tracks and the rules of the game are there to protect all players, not just Vinicius.”

– Vinicius, 22, has scored in his past five matches in all competitions, and Madrid are in good form heading into the Leipzig game.

– The reigning European champions have won all five of their domestic fixtures to lead La Liga, and won 3-0 at Celtic last week in their opening Group F game.

– Leipzig endured a humbling 4-1 home defeat by Shakhtar Donetsk on the same night, which led to coach Domenico Tedesco being sacked the next day.

– However, they have made a flying start to life under successor Marco Rose, who oversaw a 3-0 win over Borussia Dortmund in the Bundesliga on Saturday in his first game in charge.