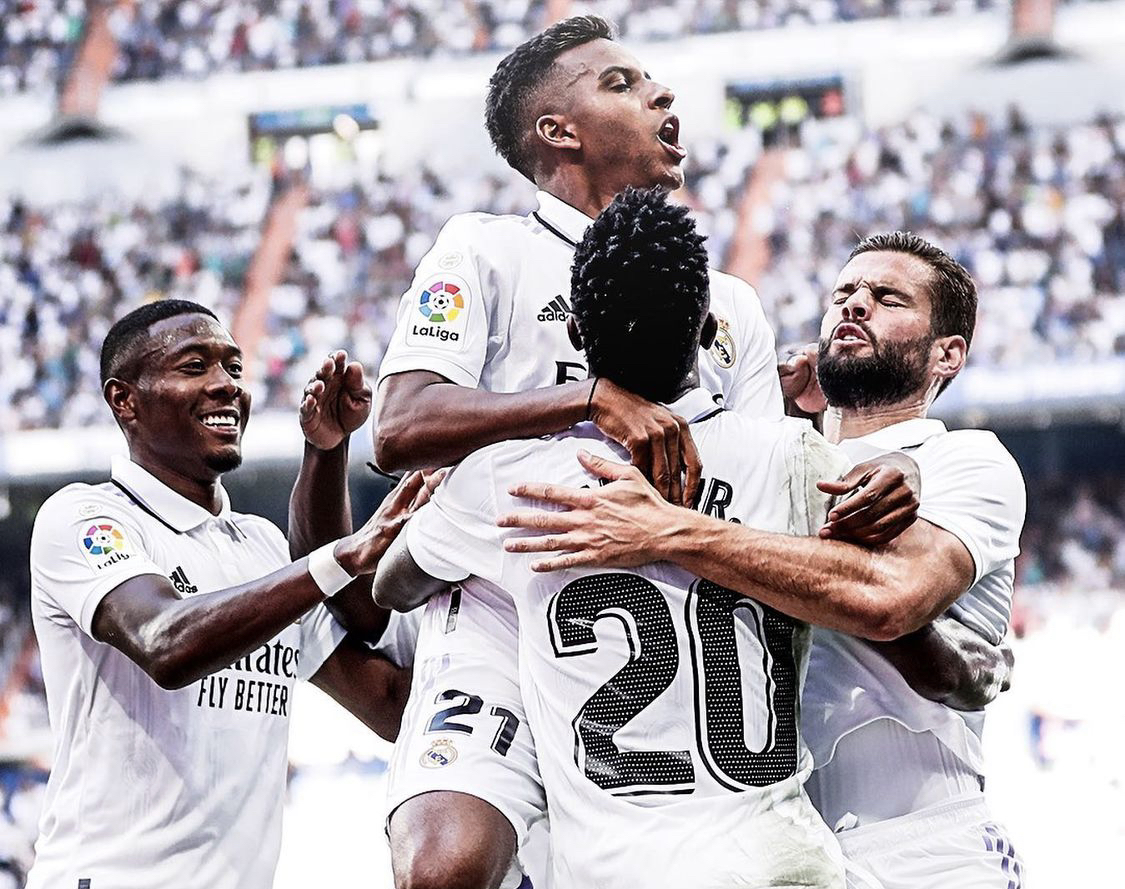 – Real Madrid came from behind to beat Mallorca at the Bernabeu and maintain their 100% winning start to the season.

– Mallorca took the lead against the run of play when Vedat Muriqi headed in at the back post from Lee Kang-in’s cross.

– But Real Madrid equalised in first-half injury-time through Federico Valverde’s fine strike from the edge of the area.

– Vinicius Jr put them ahead with a calm finish after a run from Rodrygo, who scored a superb individual goal, before Antonio Rudiger volleyed in a fourth.

– That strike, in the third minute of stoppage time, was the first goal for the Germany defender since joining Real Madrid on a free transfer in the summer following the end of his Chelsea contract.

– Carlo Ancelotti’s side had started the weekend top of La Liga before Barcelona moved above them on Saturday following a 4-0 win at Cadiz, but this victory took Real Madrid back to first place.

– The reigning Spanish champions, who now have 15 points from five matches, were without forward Karim Benzema after he suffered a thigh problem during the 3-0 Champions League win at Celtic on Tuesday.

– The injury is set to keep the France international out of the home European game against RB Leipzig on Wednesday and next Sunday’s derby at Atletico Madrid.