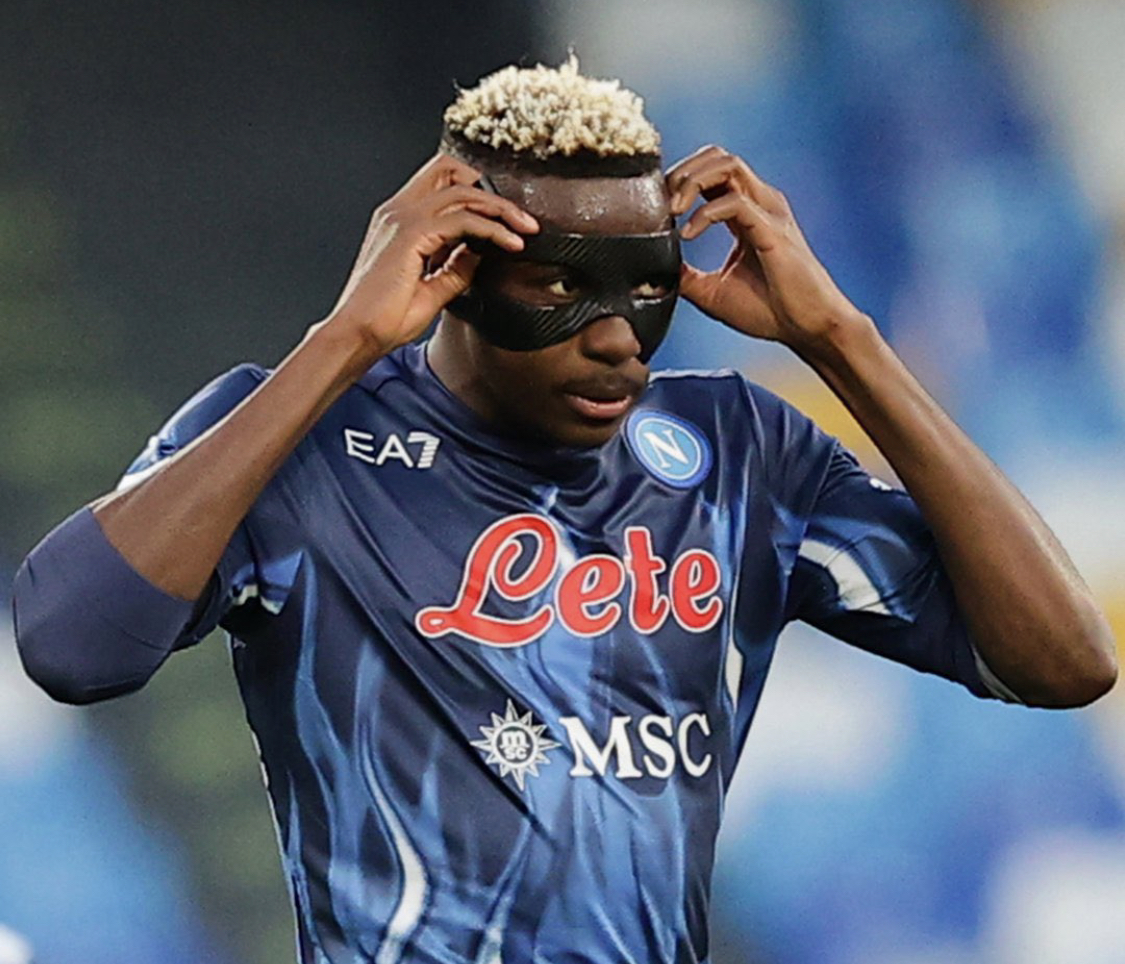 – The 23-year-old was hurt in a Serie A match clash against Inter Milan on November 21.

– The Super Eagles forward clashed heads with Inter Milan’s Milan Skriniar last season and suffered an injury that kept him out longer than he’d anticipated.

– Victor Osimhen has narrated his injury ordeal and said it was a tough period for his career and nobody understood what he was going through.

– The forward who came back to become a lynchpin in the Napoli team had a maxillofacial surgery that led to his face having many screws as many facial bones had been fractured.

– “That injury I had against Inter Milan was like a near-death injury. I am the only one that felt it, and I can only speak about how I felt because it was my face and body,” Osimhen told Wazobia FM.

– Osimhen missed out on what could have been his second AFCON as a result of the injury despite setting a return date for himself.

– “When the scan came out, I fractured many bones, which they had to remove and fix inside again,” Osimhen continued.

– “I have like 18 screws under my jaw. I went through a lot. A lot of sleepless nights. I could not sleep, I could not eat with the pain. But at the end of the day, I am a lion, and I know the kind of mentality I have.

– “In my mind, I had already scheduled my return following the surgery.”

His first and second Radio interview done by Me 🎙! One English the other Pidgin. We put in the work and we grateful 🙏🏽. Cc @victorosimhen9 🙌🏾. pic.twitter.com/ogAVQ1Az4v