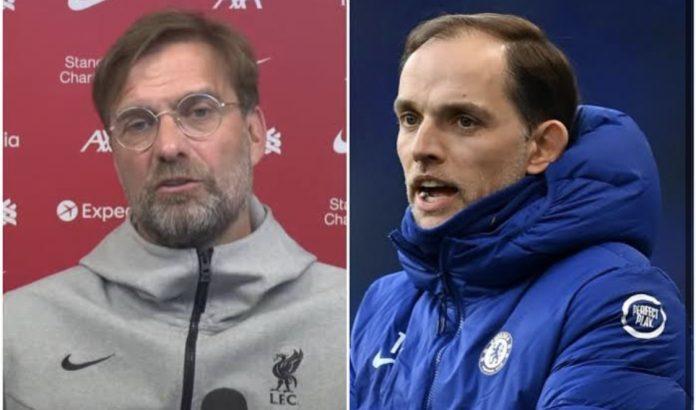 – Chelsea head coach Thomas Tuchel has said Jurgen Klopp generates public support for Liverpool because he is “the master of being the underdog.”

– Tuchel’s side face Liverpool in Saturday’s FA Cup Final ker’s future is “not the situation you want” on the eve of an FA Cup final against Liverpool on Saturday aiming to end their own season on a high while stopping their opponents’ quest for an unprecedented Quadruple, having beaten Chelsea to win the first of four possible trophies in February’s Carabao Cup Final.

– Manchester City manager Pep Guardiola claimed earlier this week that “everybody in this country — the media and everyone” –supports Liverpool and would prefer to see them lift the Premier League title.

– And Tuchel has now suggested that Klopp’s charm has enabled him to garner backing for his teams both at Liverpool — including their run to the Champions League Final — and his former club Borussia Dortmund.

– “You know Klopp is the master of being the underdog,” Tuchel said. “He can talk you into being the underdog against Villarreal and against Benfica [in this season’s Champions League], and it’s a miracle how they even draw against them.

– “He can talk you into it and he does it all the time, he does it a lot of times. That’s part of it, that’s also like from where the sympathy comes.

– “There’s nothing to be jealous of from my side, Kloppo is a fantastic guy, funny guy, one of the very, very best coaches in the world and that’s what he does.

– “And I can understand it, I can understand it. I have friends in Germany, of course it is also because of Jurgen, but in general what this club stands for and how they run the business, and how the fans push their team. You have the feeling it’s purely about football and this is like a huge history in this club and there is a huge sympathy for it.

– “If you fight against it, like Pep for many, many years, I can understand the comment that it feels sometimes like this. But at the same time, I don’t think it’s only here. It’s in Germany like this and in France too.”

IPOB: Soludo vows to engage the good, the bad and the...