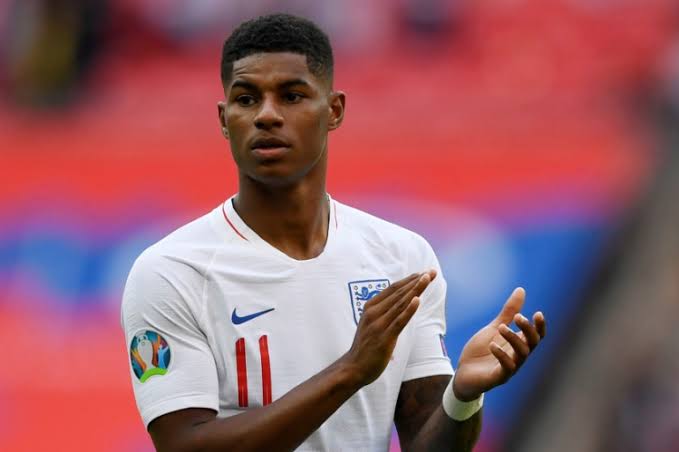 England beat Romania 1-0 thanks to a Marcus Rashford penalty kick in their final pre-Euro 2020 warm-up match on Sunday.

But the game was once again marred by supporters booing the Three Lions for taking the knee.

Fans had jeered England players for showing support for the Black Lives Matter movement at the start of the 1-0 win over Austria earlier in the week.

But, with Gareth Southgate clearly explaining on Saturday that his team’s gesture was motivated by racial injustice rather than politics, boos were still clearly audible once more at the Riverside Stadium.

Potentially deflated by those fans’ blatant disregard for the team’s feelings, perhaps England’s rather subdued start in Middlesbrough had a straightforward explanation.

Southgate’s side did not pose much of a threat until Dominic Calvert-Lewin and Jadon Sancho hit the crossbar after the half-hour mark.

The visitors looked as much of an attacking threat as England, but good work from Jack Grealish earned a penalty kick with 22 minutes to go.

Rashford —— captain for the day —- converted with aplomb, with Jordan Henderson unable to follow suit from the penalty kick spot a little later.

Florin Nita in the visitors’ net had very little to do before having the bar come to his rescue in the 32nd minute.

It kept out a ferocious Calvert-Lewin header, and then again six minutes later as Sancho’s bending effort following a clever offload by Grealish had left the goalkeeper looking helpless.

But Romania still posed a threat at the other end, with Deian Sorescu testing Johnstone after being released in behind the suspect Tyrone Mings.

An encouraging aspect was the performance of Rashford, who after a difficult spell at club level, did well in the 62nd minute as he collected Calvert-Lewin’s lay-off.

He burst into the Romania half before shooting wide on the stretch after a lung-busting run.

Rashford was decisive soon after, however, coolly slotting in a penalty kick after Grealish —- who was fouled on five occasions more than anyone else —- found himself tripped by Tiberiu Capusa.

Henderson, introduced at half-time for his first outing since February, passed up the chance to make it 2-0 from the penalty kick spot as Nita saved his kick.

This had followed a foul on Calvert-Lewin by Vlad Chiriches.

That came hot on the heels of Johnstone producing a wonderful stop to thwart Andrei Ivan, with England ultimately settling for the 1-0 win.

England now turn their attention to the Euros, with their campaign beginning against Croatia at Wembley on June 13.