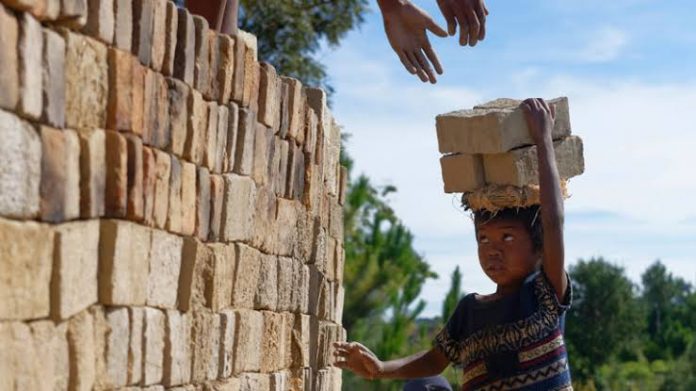 The number of children in child labour has risen to 160 million worldwide, according to a new report by the International Labour Organisation (ILO) and UNICEF.

The report titled: “Child Labour: Global estimates 2020, Trends and the Road Forward’’ was released on Thursday, on the sidelines of the virtual ongoing 109th Session of the International Labour Conference in Geneva, Switzerland.

Child Labour: Global estimates 2020, Trends and the Road Forward, was released ahead of World Day Against Child to be marked on June 12.

The ILO Director-General, Mr Guy Ryder said that the new estimate was a wake-up to all.

“The new estimates are a wake-up call. We cannot stand by while a new generation of children is put at risk,” he said.

Ryder however said that inclusive social protection allows families to keep their children in school even in the face of economic hardship.

He said that increased investment in rural development and decent work in agriculture was essential.

“We are at a pivotal moment and much depends on how we respond.

“This is a time for renewed commitment and energy to turn the corner and break the cycle of poverty and child labour,’’ Ryder said.

Also, UNICEF Executive Director, Henrietta Fore said that globally the world was not doing well in the fight against child labour.

“We are losing ground in the fight against child labour and the last year has not made that fight any easier.

“We urge governments and international development banks to prioritise investments in programmes that can get children out of the workforce and back into school,’’ she said.

Fore also called for social protection programmes that would help families avoid making such choice in the first place.

The report said this was the first increase in two decades and warned that nine million additional children were at risk as a result of COVID-19 pandemic.

It stated that to reverse the upward trend in child labour, the ILO and UNICEF had called for adequate social protection for all including universal child benefits.

The ILO and UNICEF also called for increased spending on free and good-quality schooling and getting all children back into school including children who were out of school before COVID-19.

“Promotion of decent work for adults, so families don’t have to resort to children helping to generate family income.

“An end to harmful gender norms and discrimination that influence child labour.

“Child Labour: Global estimates 2020, trends and the road forward’’ is the first-ever joint ILO-UNICEF report on child labour estimates and forms part of a broader inter-agency effort to measure and monitor progress towards target 8.7 of the Sustainable Development Goals.

During a week of action from 10–17 June, ILO Director-General Guy Ryder and UNICEF Executive Director Henrietta Fore will join other high-level speakers and youth advocates during the ILC to discuss the release of the new global estimates and the roadmap ahead.

Ogun traditional ruler who has been raping daughter since 2011 faints...