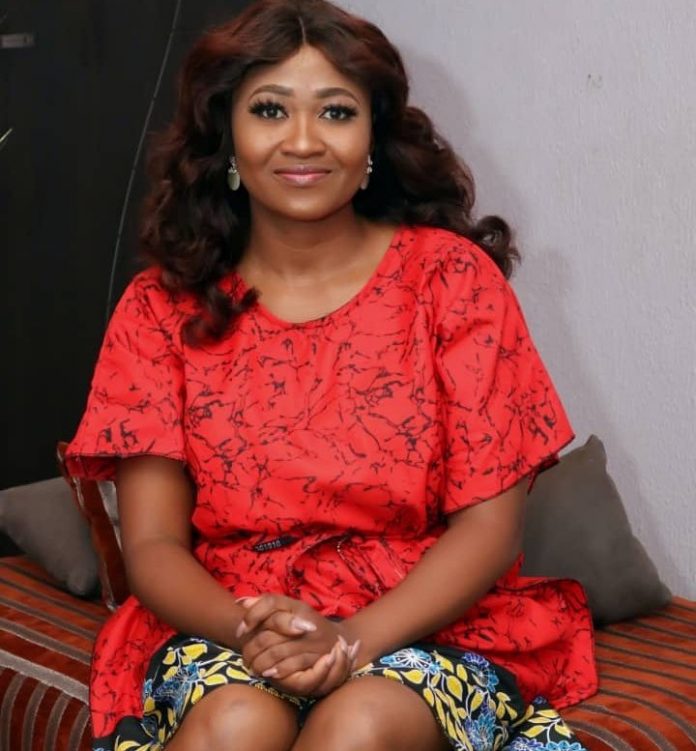 Nollywood actress and filmmaker, Mary Njoku, says women are humans and not robots, while lamenting the way society views women, coupled with the fact that some are working class women.

The filmmaker took to her instagram handle @maryremmynjoku to made this statement, while reacting to a friend’s husband’s complain about his wife not helping him out, but rather staying at home with their four kids doing nothing.

Njoku, the CEO of ROK Studios, who described motherhood as a ‘difficult task’, said that women are not robots, who must be perfect in raising children and their careers.

The renowned actress, who is married to IROKO TV boss, Jason Njoku, added that women were expected to give 100 per cent to both home and work fronts, and lamented the way society treats women who are career builders and also mothers.

Meanwhile, some fans have taken to her instagram page to react to the statement.

A fan @iambeckma said “My sister hmmm, 90 per cent of us will wears wigs because there’s no time to have their hairs taken care of in salons. Men really think women are robots”.

Another fan @ Osademe.lovina said “I am seriously sitting on this table right now, my kids aren’t up to 10 years of age…no maids I do everything you can think of in the house and while I try to rest a bit, they will still tell you that you’ve been home all day doing nothing.

Similarly, a fan @glam_mama19 @maryremmynjoku said he has no idea of the real issue at hand. He needs to be left for just one hour, while the mother hides and watches him.

Njoku is a Nigerian award-winning actress and film producer, she is known for producing and starring in the 2015 drama film “Thy Will Be Done”.

She is one of the most talented actresses in Nollywood and her stakes in the entertainment industry have made her a powerhouse and a film magnate.

Njoku started her acting career at the age of 17 years in 2004, when she made her debut in Nollywood starring in the film, “Home Sickness”.

Her popularity soared throughout the 2000s and 2010s as she established herself as one of the most talented actresses in Nollywood.

In 2011, she played Kaisha in the blockbuster film series ‘Blackberry Babes’, which received many accolades for portraying the changing face of the Nigerian youth and how technology and social networking affected them.

Njoku has featured in numerous movies such as ’Brain Master’, ‘Critical Truth’, ‘Brave Mind’,’Royal Father’s’, ‘Hazeezat’,’Thy Will Be Done’, and ‘Picture Perfect’, among others.

In 2015, Njoku co-produced the drama film, ‘Thy Will be Done’ – the first Nollywood movie to premiere on the largest screen cinema in Britain, BFI IMAX.

Orezi to BBNaija housemates talking sex: You are disgracing your families

Naira Marley vows to ‘help alot of niggas in jail’