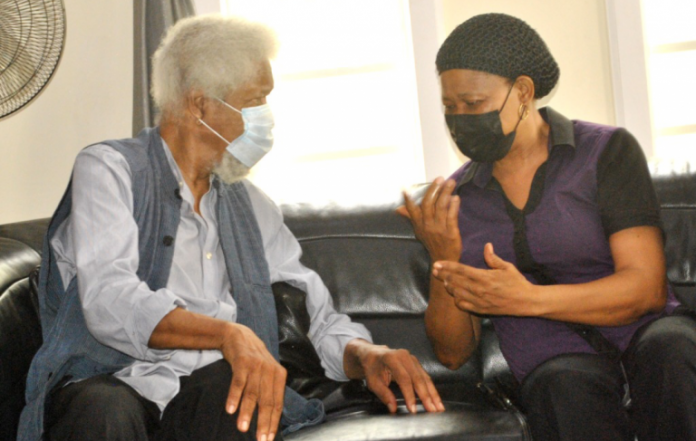 Soyinka described late Odumakin as a persistent and brave fighter.

The late Odumakin, 56, died on Friday after battling with respiratory problems occasioned by COVID-19 complications.

In the condolence register, Soyinka said: “Farewell to a doughy fighter”.

“Thank you for everything and rest in peace,” he prayed.

NAN reports that Soyinka and others were all received by his widow, Dr Joe Okei-Odumakin, also rights campaigner and president, Women Arise.