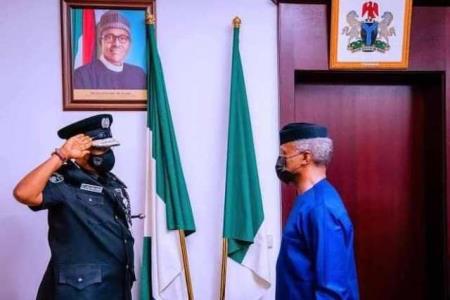 The Vice-President, Prof. Yemi Osinbajo on Wednesday in Abuja decorated Mr Usman Baba as the Acting Inspector-General of Police (I-G).

Baba’s appointment was announced by the Minister of Police Affairs, Maigari Dingyadi, when he addressed State House correspondents at the Presidential Villa.

He said that the appointment was with immediate effect. 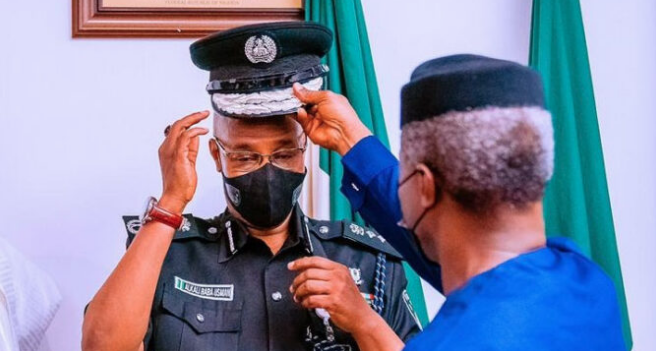 The Acting I-G replaced Mr Mohammed Adamu whose tenure ended on Feb, but Buhari extended his tenure for three months.

The event was witnessed by Secretary to the Government of the Federation, Mr Boss Mustapha, the immediate past I-G, Adamu and the Minister of Police Affairs, Dingyadi.

Others were the Permanent Secretaries, State House, Tijjani Umar and Ministry of Police Affairs, and the Senior Special Assistant to the President on Media and Publicity, Malam Garba Shehu.