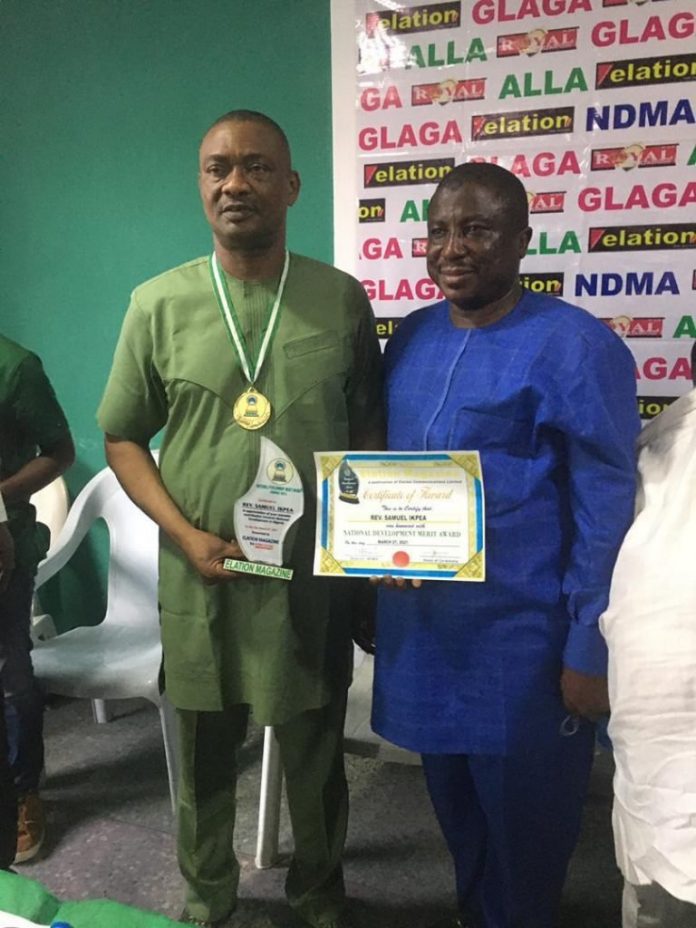 The club’s Media Officer, Peter Ejiofor, in a statement on Saturday said that the latest award was given to him by Lagos-based Elation Magazine.

It said the award was presented to him at the NFSC secretariat in Surulere, by the Publisher and Editor-In-Chief of the magazine, Otunba Darlington Momoh Umoru.

” I declare that this award is in appreciation of Ikpea’s massive achievements in sports promotion and development.

“Ikpea’s encouraging words and assistance to people have made them better equipped today,” the statement said.

In his acceptance speech, Ikpea, who became the NFSC chairman in 2016 said, “I dedicate this award to the Almighty God, my family and the entire members of the NFSC”.

According to him, the tireless contributions and support of the NFSC members formed the engine room which propelled him to success as a leader.

“I cannot clap alone, sing alone and beat the drum alone, or work alone as a leader; you all made this club tick.

“This award is a wakeup call for more work. To whom much is given, much is expected. I will continue to work for the advancement of the supporters club and Nigeria as a country.”

The soft spoken Ikpea, however, advised his members not to fret or waver in their loyalty to the club in spite of the presence of other splinter supporters groups.

“We are the foremost supporters club in Nigeria. We are unbeatable as our national status and acceptability is not in doubt.

“Together we will continue to project and represent our country through the supporters club within and in the Diaspora,” he said.

Five spelling errors we inherit from our teachers and parents