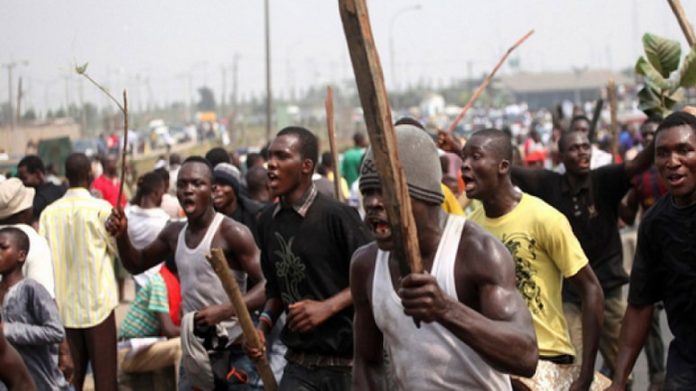 The Police Command in Anambra has confirmed an attack on some Naval Ratings at a checkpoint near Enamel Ware Junction on Onitsha – Owerri Highway by hoodlums on Tuesday.

The Police Public Relations Officer, DSP Tochukwu Ikenga, disclosed the incident in a telephone interview with the News Agency of Nigeria (NAN) on Wednesday.

Ikenga said that the command sent a response team to the scene at about 6:30p.m., when it received a distress call that there was sporadic shooting in the area.

“The team went there to repel the attack.

“Investigation is still ongoing but preliminary investigation revealed that the hoodlums arrived the checkpoint in an unmarked tinted vehicle,” he said.

Ikenga, who declined comment on whether there was any casualty during the attack, said efforts were ongoing to apprehend those behind the attack.

He also denied social media reports that there was another attack at the Bridgehead, Onitsha, on Wednesday, assuring the public of the command’s resolve to flush out criminals from the state.

The incident had left students of Chukwuemeka Odumegwu Ojukwu University (COOU) in Anambra, living off the Igbariam campus, to flee their off-campus lodges for fear of reprisal attack.