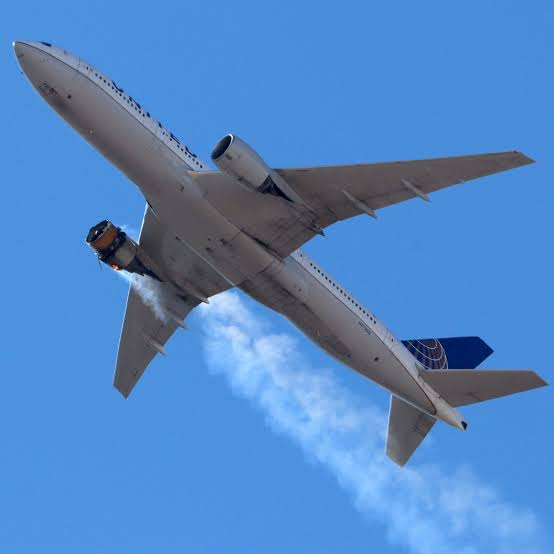 Some domestic airlines operators have expressed satisfaction on the level of patronage by passengers travelling to various parts of the country during the Easter celebration.

Some of the airlines who spoke in separate interviews with the News Agency of Nigeria (NAN) in Lagos on Monday, said the airlines recorded above 90 per cent passenger traffic, during the period.

The airline officials noted that flights from Lagos to other routes were fully booked before the Easter break, adding that there was a surge in traffic.

They however, stated that ticket fares remained the same.

The official acknowledged that patronage during the 2021 Easter celebration was far better than what was recorded in 2020, due to the Coronavirus (COVID-19) pandemic lockdown, that grounded the airspace.

Mr Kingsley Ezenwa, Media and Communications Manager, Dana Air, said a lot more people had chosen to fly home for the celebration, as against what was obtained the previous years.

Ezenwa said that Dana Air recorded between 80 to 90 per cent increase in passengers, during the Easter holidays, compared to the year before that was disrupted by the COVID-19.

According to him, passenger traffic during the 2021 Easter holidays is encouraging.

“Dana usually recorded about 85 per cent in passengers before Easter, but it has increased to 95 per cent during the Easter celebration this year,” he said.

The Dana Air spokesman, however, urged the Federal Government to consider giving airline operators the interventions it promised.

He said that operators were faced with lots of challenges which included, high cost of Jet A1 fuel, forex unavailability to airlines, availability of multiple taxes, infrastructure and duties etc.

“A lot of these issues need to be considered critically, not just for the goverment to announce that tax is removed, only for the agency in charge to subtly reintroduce another.

“But we will continue engaging the government on this.

“However, government is doing well but it can be better,” he added.

Mr Adebanji Ola, Head, Corporate Communications, Arik Air Limited, said the airline also observed an increase in the number of travellers from Lagos to other parts of the country during the Easter break.

He also maintained that the airline’s ticket price was still the same.

According to him, the passenger patronage during the holidays is impressive, stressing that even before the holiday, the traffic has been good.

“The 2020 Easter was held during the COVID-19 lockdown. So no comparison.

“The airlines challenges are usually infrastructural challenges, but government is trying; l hope there will be room for improvement,” he said.

Mr Stanley Olisa, Corporate Communication Executive, Air Peace Limited, also noted that the airline had been observing increase in passengers from Lagos to other routes recently.

He acknowledged that there had been an increase in passenger traffic during the season, especially to some parts of the country.

“Passenger traffic during this season has been high, especially on our domestic routes.

“Last year’s Easter, people did not have the opportunity to really travel because of the COVID-19 induced lockdown and the ban on flights.

“So, obviously, passenger traffic in this year’s Easter is more, as there is no restriction on domestic air travel and no lockdown,” he said.

In a related development, Mr Bature Umar, Commissioner of Police in charge of Lagos Airport Command, reiterated his total commitment to a crime-free airport operations in Lagos.

The Spokesman of the command, SP Joseph Alabi, told NAN that the Commissioner had put in place surveillance at every nook and crannies of the airport, to ensure a crime free environment.

He maintained that the police authorities were committed to making the airport and its environ safe and secured for travellers, airline operators and other users.

According to him, the commissioner has instructed that security operations should be fully on ground at the airports, during the Easter holidays.

”We have a senior ranking officer in the airport, which is quite strategic. Our officers have been deployed to various areas within the airport to keep the place safe.

”The commissioner of police has also warned touts parading themselves as travel agents within the airport, that they would be prosecuted, if and when apprehended,” Alabi said.

He advised members of the public to always abide by the rules and regulations of the airport, especially on the issue of restricted areas and also observe all COVID-19 protocols.

“The need to tighten up and provide adequate security in areas of operations cannot be over emphasised.

“Therefore, there are informed police patrol and plain cloth officers at various arrival and departure halls of the airport.

“All airports car parks are also guarded adequately. Every officer at the airport also adhere to the COVID-19 protocols,” he said.