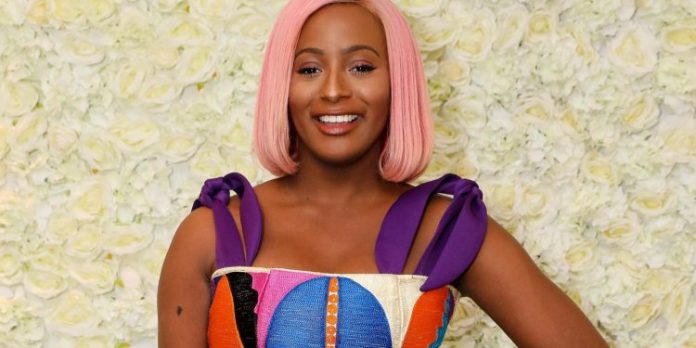 Many Know DJ Cuppy or simply Cuppy as an artiste and daughter of a billionaire, Femi Otedola. But little do they know about the educational profile of the lady whose real name is Florence Ifeoluwa Otedola (born November 11, 1992) is a Nigerian disc jockey and record producer. She was bred in Lagos and relocated to London at a tender age of 13.
She attended highbrow Grange School at Ikeja after moving from Ilupeju and later moved to London for her GCSEs and A-Levels. She graduated from King’s College London in July 2014 with a degree in business and economics.
She furthered to earned a master’s degree in music business from New York University in 2015. In September 2, 2014, she launched House of Cuppy, her first compilation mix in New York. She produced a lot of song-remixes of leading afropop artistes.


Some people believe that as someone whose daddy is influential and wealthy, it was very easy for her to gain popularity and recognition even as a DJ. In 2014, Cuppy was the resident DJ at the MTV Africa Music Awards in Durban.

Cuppy became the first African act to perform at the 2015 Oil Baron Charity in Dubai after she was nominated as the official DJ. In August 2015, she went on her first DJ tour (Cuppy Takes Africa) to 8 countries in Africa- Nigeria, Kenya, Tanzania, Rwanda, Senegal, Ghana, South Africa and Uganda. She featured major artistes and was gladly supported by GTB Bank and the Dangote Foundation.
She has several singles such as, “Green Light” (October 14, 2017) featuring Nigerian singer and Producer, Tekno, “Vybe” (March 30, 2018) featuring Ghanaian rapper, Sarkodie. She also released “Currency” and “Werk”.
In 2020, Cuppy was inducted into the Forbes Magazine’s 30 under 30 class. The same year on May 28th, she became the host of ‘Africa Now Radio’ on Apple Music Beats and consequently released “Jollof on The Jet” featuring Rema & Rayvanny. She once described her musical sound as “Neo-Afrobeats” which is a fusion of Electro house and Afrobeats. (An interview with Tush Magazine).


On March 20, 2018, Cuppy was announced as an Official DJ Ambassador for Pepsi. In July, she launched the Cuppy Foundation of which Nigerian business magnate, Dangote, and her father supported through their donations. She raised over N5bn for the Save the Children initiative.

I should have got American passport before leaving US – Morayo

All states now have at least one laboratory for free COVID-19...