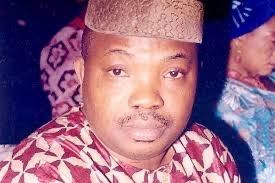 President- General of the council, Bamiji Awa, said in a statement in Lagos that the death of the late political activist was a personal loss to him.

Awa said: “The news of death of my dear Brother, Comrade Yinka Odumakin, came to me as a rude shock.

“As a family’s friend, I did called his wife and my dear sister in the Nigerian democratic struggles, Dr Joe Okei-Odumakin, his sister-in-law, Vera Okei, and his personal driver to confirm the authenticity of this strange story.

“I did this because I still find it difficult to believe, regardless of being inundated with calls, posts and messages from various people including the media.

Awa, who described late Odumakin as his “Political Odyssey” said the late activist brought Yoruba Youths together in 1998/1999 under the leadership of Asiwaju of Yorubas and Leader of Afenifere, Late Pa (Senator) Abraham Adesanya.

He added that late Odumakin served under late Adesanya as a young active man in Afenifere, alongside late Rev. Adetunji Adebiyi, the Special Assistant to Sen. Abraham Adesanya.

Awa, who noted that he had a cordial relationship with late Odumakin, explained that the unexpected emergence of Pa Ayo Fasanmi’s close friend, Chief Reuben Fasoranti as the Acting Leader of Afenifere at the period when Adesanya was on the sick bed, suddenly divided the camp of Afenifere till date.

He said that in 2011, Odumakin was a spokesman to President Muhammadu Buhari, before, during and immediately after the presidential election, when the Congress for Progressive Change (CPC) produced Muhammadu Buhari/Tunde Bakare ticket.

“This is to tell the whole world that no matter how long we continue to play the politics of relevance, it will get to a point that it will be difficult to cover the truth from the public.

“He was so active from his university days as a Student Leader, Political Science Department and was blessed with one of our renowned female comrades as a wife, Dr Joe Okei-Odumakin.

“May God Almighty give your family, we, friends and Associates, the fortitude to bear this irreparable loss. We all love you my dear brother, but God loves you most,” Awa added.

Casual worker in court for allegedly stealing 10 sachets of seaman’s...