Crossdresser Bobrisky has offered broke men advice on how they can make money.

He gave them two pieces of advice in an IG post that his causing much uproaor.

According to him, they can become a crossdresser like him because there is money in it.

Of course, she has some wealth, including big cars, to show for her own gender-pranking trade.
The second piece of counselling is related to the first: they can cut off their organ. 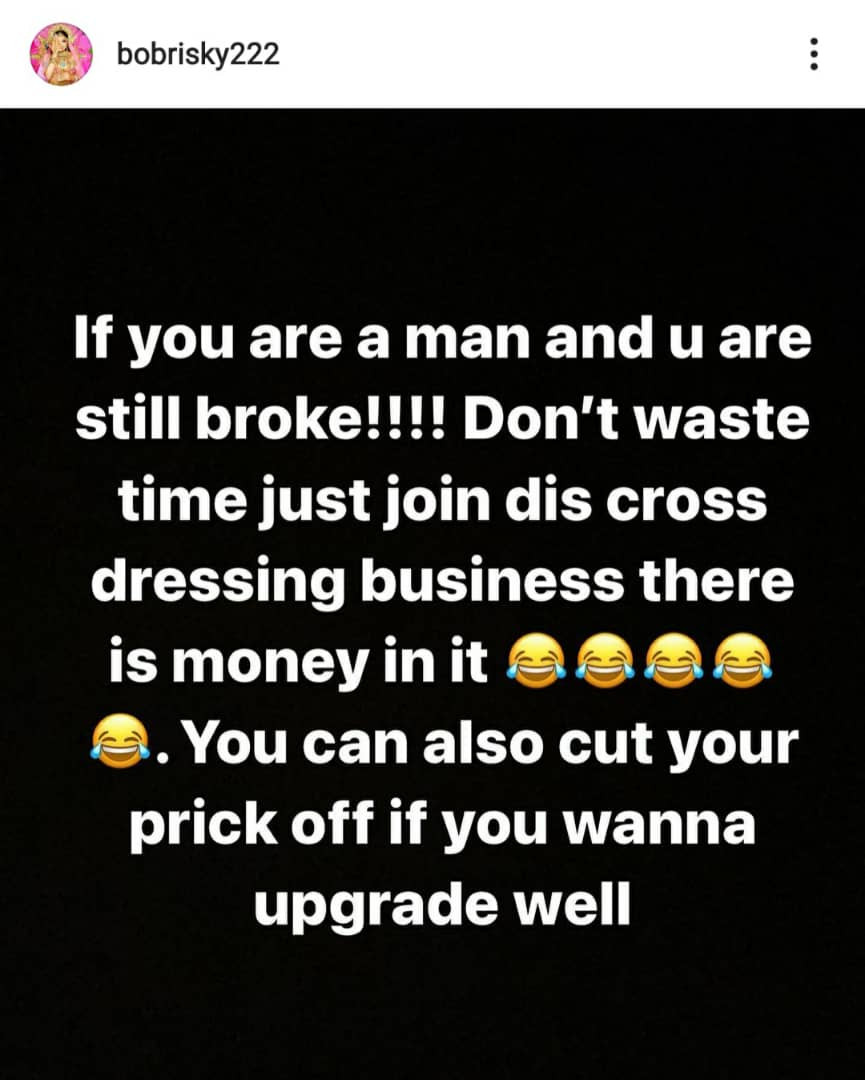 CAN: ‘Some hidden things need to be investigated in Busola’s allegation...