For more than four years now, Ariana Grande has been breaking certain enviable records in the music industry.

She recently earned $72m, making Her the Highest-Paid Female Pop Star of 2020 with earnings of $185 million,

As a mark of stardom, she has over 232 million followers on Instagram. Her songs have been streamed billions of times.

All of her first six albums have been certified platinum or multi-platinum by the
Recording Industry Association of America (RIAA). 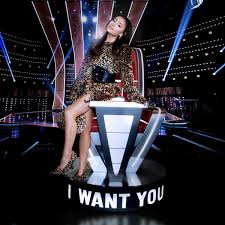 She is the daughter of Joan Grande, a Brooklyn CEO of Hose-McCann Communications, a producer of communications and safety equipment, and Edward Butera, a firm owner that deals with graphic designing.

Ariana embarked on her first worldwide concert tour (The Honeymoon Tour) in February 2015 using it to promote “My Everything”, with shows in Europe, Asia, South America and North America.

She is a lover of dogs and has a $16 million apartment in New York City and has been known to fly on private jets.