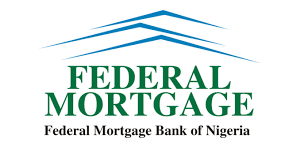 Some retired civil servants have decried the delay in the refund of their contributions for National Housing Fund (NHF) many months after retirement from service.

The former civil servants, who spoke in separate interviews with the News Agency of Nigeria (NAN) on Thursday in Abuja, lamented the delay by the Federal Mortgage Bank of Nigeria (FMBN), custodians of the deductions.

According to them, the delay has brought untold hardship to them and their families, adding that the money was supposed to have been paid at most three months after their exit from service.

One of the retirees, Mr Michael Omolade, a former member of staff of a parastatal agency under the Federal Ministry of Information and Culture, on Aug. 25, 2019 said his fund had not been paid.

“ My NHF has not been paid. The people at the customers’ service are hostile to me whenever I want to know the level of development, they said the money was being paid in batches.

“ The fund is not favourable to workers. The Federal Government should scrap NHF, it is a fraud. They are using our funds with little or no interest. Workers Union should call for a review of the fund,’’ Omolade said.

Another retiree, Alhaji Ahmed Dada, said the concept of the fund was in consonance with the need for comfortable residence for civil servants, particularly at the end of their meritorious service to their father land.

“For instance, I couldn’t access the fund to build my house while in service as I have to look for alternative means of erecting my house as a Federal Government’s retiree.

“Now that I have retired, is it not proper that I should be given my refund to channel it to any viable venture?

“I retired in January 2020, here I am still waiting for my refund more than a year after my retirement,”Dada lamented.

NAN reports that the Federal Mortgage Bank of Nigeria custodian of the NHF funds was founded by the Federal Government in 1973 to meet the housing needs of all citizens of the country.

In furtherance of expanding mortgage financing to more Nigerians, the government established the National Housing Fund that included a mandatory contribution scheme to mobilise funds to develop the mortgage sector.

These NHF deductions by FMBN are usually deducted from source for as long as the officer remained in service to enable workers access housing loans from the bank.

NAN further reports that such deductions are refunded to the workers at the end of their service years as a backup to aid their financial stability at retirement.

Responding to the complaints by the retirees, the Deputy General Manager, Group Head, Corporate Communications, Federal Mortgage Bank of Nigeria (FMBN), Mr Isa Sauri, said the delay in disbursement of the refunds was due to the COVID-19 Pandemic.

According to him, the government’s directive that workers from grade level 12 and below should work from home had greatly affected the processing of the refunds.

“We know about the PTF’s directive to junior officials to work from home, this has in no small measure affected the collation, compilation and disbursement of these funds.

“These are paper works that have to be done in the office, and as a government agency we cannot be seen to be going contrary to government dictates.

“This is the major cause of the delay but the management is doing everything possible to ensure that the payments are made very soon.

“We have even set up a task force to fast track the process pulling staff from the states to strengthen the work force here,’’ Sauri said.

He added that apart from the COVID-19 setback another reason for the delay was because the number of retirees in the FCT was much more than those in the states.

Sauri said this was because nearly all MDAs in the federation had representation in the FCT making the numbers to increase, adding that states do not experience such delays.

To surmount this problem, the head corporate communications of the bank, said the bank had created another office to support the main office in the FCT to ensure speed in attending to the payments.

“Now, we have opened another office in A2, so now we have FCT1 and FCT2 offices to speed up the payments and I assure all our retirees that by the end of March they will all receive their refunds.

“We appeal to them to be patient, the delay was not intentional but was a consequence of the lock down and further directive by government for the junior cadre to stay off work.’’

He therefore, called on the retirees not to take heed to any false news about the bank been broke and unable to pay the refunds.