SaharaReporters Publisher, Omoyele Sowore, stirred up a mild drama on Tuesday when he went to court with a native doctor.
It was at the opening of his trial at the Wuse, Zone 2 Magistrate Court, with the strange associate, who dressed in full regalia, waving 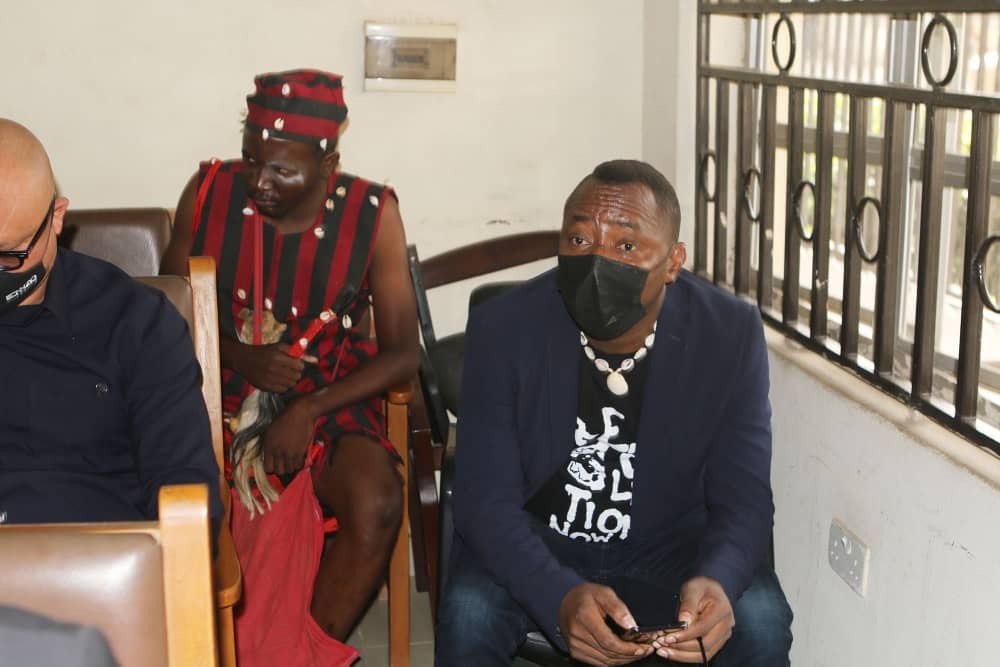 his horsewhip and gourd in the air.
It is not clear if the traditionalist was in court to win the heart of the judge or protect his man.
Sowore was arrested alongside four others on December 31m 2020, for organising a candlelight procession and charged for alleged criminal conspiracy, unlawful assembly, and inciting public disturbance. The commencement of his trial was scheduled for today.