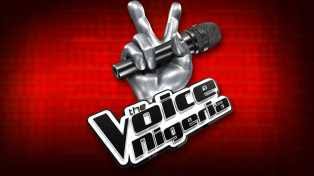 Salami, also the Executive Producer, Unity Limited Season Three, said in a statement on Wednesday in Lagos that the country’s music industry has continued to enjoy international attention.

He also said that it has become imperative for the industry to unleash the music talents.

The managing director said that the season three of the TVN was coming at a time “when there is growing appreciation of Africa music’’.

He said that this season of the show would be fully produced in Nigeria, giving room for Nigeria music industry to continue to enjoy global attention.

“This season of the show will be produced in partnership with British television giant from UK, ITV, and international record label, Universal Music UK and in conjunction with the YouTube.

“We are excited to kick off The Voice, Season Three, especially at a time like this, when there is a growing appreciation for African music.

“This is an amazing opportunity to provide a learning platform for exceptional Nigerian talents and to show the world the quality of entertainment we are capable of showcasing,’’ he said.

According to him, the show will take an interesting twist this year with many virtual engagements with fans, talents and the general public.

“Talents and fans will go home with over N100 million in rewards.

“The winning talent of The Voice Season Three will go home with money, a brand-new car and an international recording contract.’’

He, however, said that registration for The Voice was free and interested talents must have a First Bank account, record a one-minute video singing without a soundtrack, upload and fill the form on the website.

The News Agency of Nigeria (NAN) reports that TVN is the world’s number one international talent show and singing competition, which has opened for online audition.

We are giving Europe our musical artefacts for the next 100...