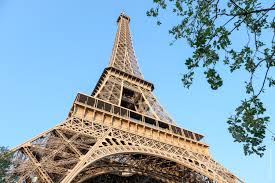 The lights of the Eiffel Tower will go off on Wednesday at midnight to honor the memory of the victims of the deadly explosion in Beirut, Paris Mayor Anne Hidalgo said.

“In solidarity with #Beirut and #Lebanon, the city of @Paris will unlock an exceptional emergency aid of 100,000 euros.

“This Wednesday night from midnight, we will turn off @LaTourEiffel to pay tribute to all the victims,” Hidalgo tweeted.

Earlier on Wednesday, French Prime Minister Jean Castex confirmed that rescue experts and medical equipment will be sent to Beirut to alleviate the consequences of the explosion.

French President Emmanuel Macron will visit Lebanon on Thursday to discuss the aid arrangements with the leadership.

A massive twin blast rocked Beirut on Tuesday, leaving nearly half of the city’s buildings damaged and producing scores of casualties.

The latest situation update stated that 108 people were killed and more than 4,000 others injured. More people may remain under the rubble.

The Lebanese government has declared a three-day mourning period for the victims of the blast.

Russia wants to ban commercial catch of whales and dolphins