Actor and producer, Kunle Afolayan, has offered another perspective on polygamy.

His father, Adeyemi Afolayan, had many wives.

But rather than seeing this as a burden, Kunle considers it a grace for him(son).

Paying a tribute to the man, he says in a post:

“I miss you, Baba mi, but thank you for marrying many wives because I would not have been privileged to be called your son. I know he was finer so…don’t rub it in:
ADEYEMI JOSIAH AKANO AFOLAYAN (1940-1996).” 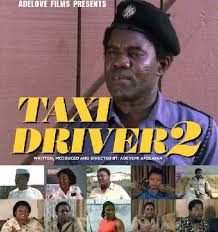 Condom caused fight between Umoren and me – Suspected killer

Ghanaian actress in nude photo with her son weeps as she...

Annie Idibia to troll: You are sick in the main brain