Actor Gideon Okeke has recalled how a woman cursed her during an encounter at the Tinapa Studios, Calabar, seven years ago.

He says she predicted that he would fail professionally by not getting any other job apart from the one he seemed engaged in with ‘Tinsel’ then.

Although he does not identify the woman, the indicated discussion suggests she could be a producer, director or sponsor.

He, however, thanks God that the curse has come to nought. 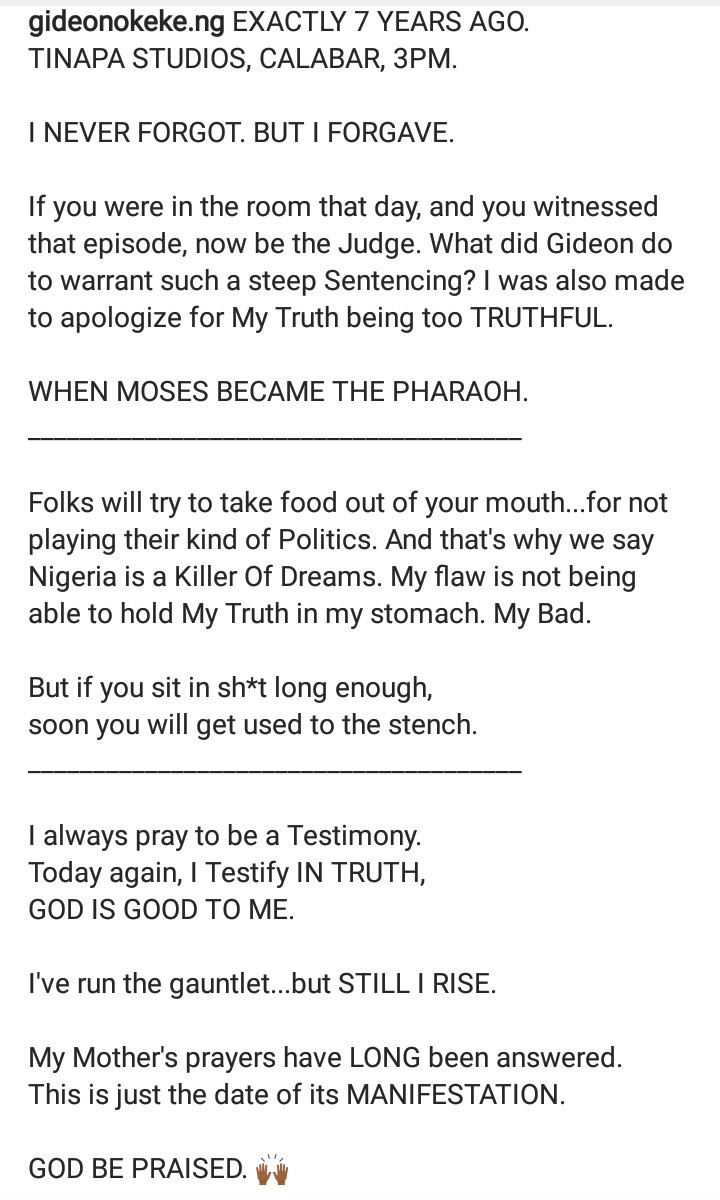 Many hate me because my father is rich – Davido +...