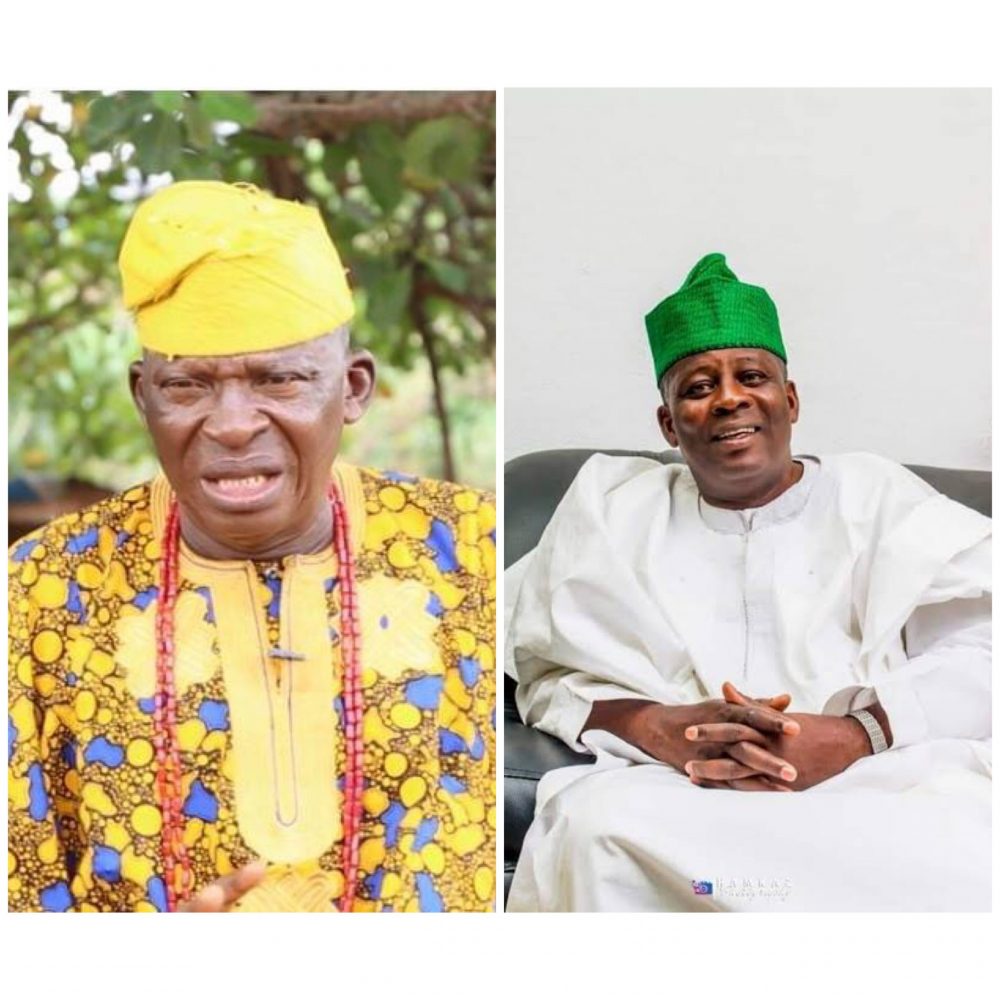 I rejoice with the culture thespian and Nigeria’s cultural ambassador, Chief Adedeji Aderemi, popularly known as Olofa-Ina, Baba Olowe but, more importantly, the Sobaloju of Edeland, on his 70th Birthday Anniversary.

Chief Adedeji Aderemi popularly known as Olofa Ina is a renowned name in the contemporary Yoruba theatre and film circle. He was born into the family of Late Chief AbdulSalam Aderemi and Late Madam Aisha Aderemi of Jagun- Olukosi compound, Ede in Osun State on 15th May, 1950 during the reign of Late Oba John Adetoyese Laoye, the then Timi of Ede Land.

He had his primary education at St. Peters Anglican Primary School between 1957 and 1962 and then proceeded to Baptist Secondary Modern School, Ode-Omu from 1963 to 1965. He later had his vocational training in carpentry and joinery at Olukorede Furniture Industry between 1965 and 1970.

Alongside his career in carpentry, Alagba Aderemi had a fair taste of both public and private services as he worked as a Grade II Officer with the Ministry of Works and Transport, Ibadan, Western State of Nigeria. from 1970 to 1977 and later worked as a Maintenance Officer with Daladson Hotel, Jericho Reservation, Idi-Isin, in Oyo State between 1977-1980 before he finally retired into full time Theatre Arts Practice in 1980. Prior to 1980, he had earlier floated the Olofa Ina Theatre Group in 1972 with the likes of Erinfolamin, Dasofunjo, Gbolagade Akinpelu and Late Oyetunji of Esinnla compound, Ede. He received his theatre training under the Late Oyetunji.

The Olofa Ina Group recorded landmark achievements in the Theatre Industry by pioneering the staging of epical histories of the Yoruba Warlords of the 18th and 19th centuries, including Basorun Ogunmola, Balogun Ibikunle, Ogedengbe Agbogungboro of Ilesha, Aare Kurunmi of Ijaye, Kakanfo Afonja and a host of others. These productions were recorded by Nigerian Television (NTV) Ibadan in the 70s and were narrated by late Dr. Babayemi then, of the Institute of African Studies, University of Ibadan who later became the Oba Olufi of Gbongan, Osun State. Olofa Ina also recorded series of Television productions among which are Odetedo, Lakaaye, Kogun Maja, and Ade Oba. 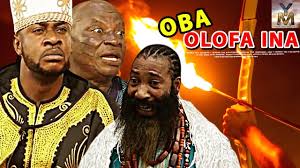 Olofa Ina also displays his God given talents in scriptwriting, script dialogue and directing in addition to his acting roles in Yoruba films and television series. He featured prominently in production of Ija Omode by Korede Films, Idaamu Otunba by Adebayo Salami (Oga Bello), Ewe Orun by Korede films, Kabiyesi Olodumare by Ogogo films and Mayegun by Yinka Quadri to mention but a few. Olofa Ina made his debut in film acting during the shooting of Ejo Ngboro by Tunbosun Odunsi Films, and later in Lisabi Agbongbo Akala by Akin Ogungbe, Ayonmon by Hubert Ogunde, Mosebolatan by Alawada Films Limited, Taxi Driver Part I and II and Ehin Oku by Ade Love Films Ltd as well as Agbaarin by Jimoh Ali Films Ltd.

Olofa Ina had a rare opportunity to feature on the first ever Home Video Production by Alade Aromire titled Ekun in 1989 and has -since become a celebrity and a resounding ;name in the subsequent Home Movies having remained one of the very best in acting with outstanding dexterity in the use and good command of Yoruba Language. “Act well your part for there all the honours lies” says an adage. Little wonder that Olofa Ina has bagged many awards and recognitions which are too numerous to mention here.

Olofa Ina has been able to successfully blend his acting career with other extra curricular social activities as he is a strong and committed member of Positive Thinkers Club of Nigeria, among others.

Despite his expected tight schedule, Olofa Ina has really paid his due to Ede. He holds his domain very close to his heart and this is evident in the fact that he is the President of Timi Agbale Descendants Union Mosifa Area, Ibadan Branch, where he lived until his return to his place of birth and home town, Ede.

It is on record too that Alagba Adedeji Aderemi Olofa Ina, was given a mandate to present a live performance of the history of Agbale Olofa Ina and Alapo Ti Emi Ti Emi at the 2010 Ede Day Celebration by the Professor Siyan Oyeweso – led Ede Mapo Arogun Day Planning Committee. He did a great deal of justice to this well attended stage production and this is another clear testimony to the fact that Olofa Ina is a worthy and patriotic ‘son of the soil’. Olofa Ina, an accomplished theatre art practitioner, spends his past time on farming, driving, script writing and reading.

Olofa-Ina is also a great mentor to many aspiring and upcoming artistes, a fact which was attested to by Mrs. Tola Oladokun: “I used to sell clothes before I started acting in 1983. I indicated my interest in arts and I was accepted by the veteran, Deji Aderemi, also known as Olofa Ina in Ibadan, Oyo State. I tried combining my business with acting. But at the time, I was envied by some of my peers then because I knew how to read and write; those were some of the challenges I faced. They tried to plot against me, but my boss, Olofa Ina was always on my side.” Olofa Ina was also one of the prominent artistes honoured by the Osun State Government at the 20th anniversary of the state in 2011. Olofa Ina is also famous for the rich Yoruba proverbs and idioms that punctuate his lines in various films and stage plays including his April 2020 interview with BBC Yoruba.

As Baba Olofa Ina marks his 70th Birthday today, May 15, 2020, we pray that God should continue to order his every step and bless him with excellent health too.

-Siyan Oyeweso, a Professor of History, Is the Director-General of the Centre for Black Culture and International Understanding, Osogbo, Osun State