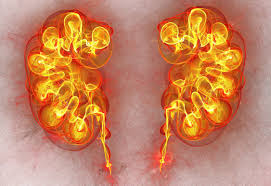 The Nigerian Association of Nephrology (NAN) says 20 million Nigerians have kidney diseases and called for early detection of the diseases.

The President of the association, Prof. Ifeoma Ulasi, made this known on Monday at a news conference toward the association’s 32nd Annual General Meeting (AGM) and Scientific Conference in Ibadan.

According to her, the theme of the AGM tagged: “Kidney and Demographics’’ is to sensitise the public on primary prevention because of the cost of treatment of the disease is high.

She said that there were multiple factors causing kidney diseases apart from genetics, adding that the nation’s health insurance needed to be reviewed to cater for people with the disease.

“The prevalence of kidney disease is about eight to 12 per cent of the Nigerian population; it could be more but as you may well know many of our people don’t report to the hospital on time.

“They would have tried one or two alternatives treatment like native doctors or turned to spiritual houses to seek attention; we don’t get to see them early but we believe it is about eight to 12 per cent.

“So, if you work it out, 10 per cent will be about 20 million Nigerians will have kidney diseases out of about 200 million people.

“There are so many practices apart from us being genetically predisposed to kidney diseases.

“There are some practices that are not very good for our kidney health; often times some women use some medicated soap that contains mercury, this is not good for the kidney,” Ulasi said.

Ulasi, however, noted that early detection would help reduce its prevalence as well as government support in terms of policy for renal care.

She said that people also took herbal medication with all sorts of concoctions known to be dangerous to the kidney.

She said that the responsibility of taking care of patients with the diseases fell on the family, especially women.

Ulasi said that the national healthcare insurance should be reviewed to cover care of kidney diseases.

She said other ailments such as hypertension and diabetes might end up causing kidney diseases and some drugs for arthritis for the elderly could cause kidney diseases leading to the failure.

The association’s president said though kidney transplants could be done in Nigeria, adding however, that there was the need for proper legislation to take care of medication and other paraphernalia for transplant.

“The World Health Organisation is already looking into the issue of commercialisation of organs for transplant because the practice globally is that you don’t pay for kidney, it is giving out of love.

“We need the government to support us to improve on what we are doing with our renal registry for us to have a data bank that will make statistics easy,’’ Ulasi said.

Dr Adanze Asinobi, a paediatric nephrologist said women should be well nourished so as to give birth to healthy babies and prevent kidney diseases.

According to her, low birth weight contributes to prevalence of kidney diseases in children and women should be wary of using bleaching cream and soap.

“If they have low birth weight or they are premature, their organs won’t develop well.

“If units are small from the beginning then such a child is at risk of developing kidney diseases more than the healthy individuals; hypertension may have its origin in childhood,” Asinobi said.