Renowned actress, Joke Silva, has given a hint about how she and her accomplished actor husband, Old Jacobs, handle sex.
The duo are among the few entertainers whose marriages have endured.
While old Jacobs is 78, the wife is 58.
In an interview with ‘TVC’, Joke Silva noted that they had a formula when it came to the bed game. 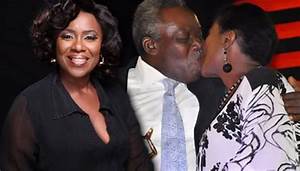 The interviewer asked her: Do you and your husband still do the do”
“We do the do in our own way,” she said.
The actress, who revealed her current work as on ‘Ada the Musical, also made a revelation about her liking for coffee – and why:
“I take so much coffee because I have low blood pressure and one of the pieces of advice I was given by the doctor is that before I get out of bed I must drink a cup of coffee. So, my husband always brings me coffee in bed,” she noted amid laughter.
On various occasions, Silva had spoken about her marriage and what have sustained it.
Among other values, she preaches tolerance, understanding and a sense of give-and-take.
In a Twitter interview, she had also revealed (as captured by Bella Naija then):

On the pros of marriage: For me the biggest pro is knowing I have someone always in my corner wanting what’s best for me and the kids.

On if there’s anything wrong with the institution of marriage: Definitely not. I think people are just too rose colored spectacles about it.

On marriage being a balanced endeavor: A lot of extraneous forces can Mar a relationship. I say be true to YOU…not mum dad or society. You get mentally and emotionally stronger the older you get… I also feel a healthy attitude to money is important. You build your empire together. 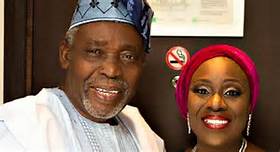 On people having high expectations from marriage: It’s a sense of its all romance and no quarrels that’s unrealistic.

On societal pressure to get married: The pressure from society is enormous but if a woman has that sense of affirmation her life is just as fulfilled.

On why people are so preoccupied with marriage: I guess it’s cause your parents don’t want you to be alone…and it also says you were” brought up well”

On what marriage means to her: It means friendship, loving, fighting.. Laughing, worrying, togetherness.