About two weeks after she won the Big Brother Naira TV reality show, Mercy has reportedly bought a duplex in Lekki.
She had won prizes worth N60m but she has since been getting more leverage from other sources.
A real estate investor, Ichechi Okonkwo, noted that Mercy bought the four-bedroom duplex, with the indication that she bought it from her (Ichechi) company.
She noted in a post: “Congratulations Babygirl, buying yourself a house the best decision and I am super proud. Mercy Lambo on the 1000Landladies train and moving.”
Based on the decision, it seems Mercy too has joined other star entertainers who reside in the coveted area of Lagos – Lekki.
These include Funke Akindele and Ini Edo.


Recalling how she got into the Big Brother house, Mercy had told ‘Premium Times’ in an interview a story of perseverance and determination.
She said, “I entered the reality show because of my personality. I had auditioned four times and I got lucky the fifth time. From the first time I watched the show, I fell in love with it and wanted to be a housemate. So, even countless times when they said no to me it didn’t stop me from still going for auditions. I think God already ordained this year for me, so, I auditioned and I was chosen. I didn’t even notice people like me or voted for me that’s why I said winning Big Brother is a dream come true. I auditioned in Warri and got picked.”
Despite such a song of determination and destiny, Mercy, who has also become Innoson Motors ambassador, faced stiff competition to emerge as the winner of the Big Brother Naija reality show for season 4.

As ‘The Vanguard’ also acknowledged, she had the likes of Tacha and Khafi, who were also strong female contenders, to battle with. It took just an attitudinal slip on the part of Tacha to soften the way for Mercy, who had relatively an easy job eliminating co-finalist Mike.
Mercy got forty-one per cent votes while Mike got 19 per cent, making her the first female winner of the competition. A total of 240million votes were recorded for the BBNaija season 4, with over 50million votes in the final week alone.
Phenomenal October 28, 2019
Share this Article
Facebook TwitterEmail Print 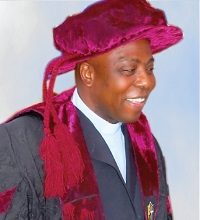 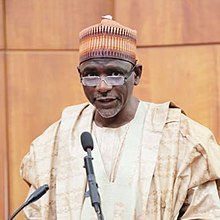