Popular comedian, Koffi Nuel, has blamed the jokes recycling syndrome in the Nigerian comedy industry on practitioners’ inability to expand their horizons.
He said most of them concentrate on the same themes and subjects, hence they end up repeating jokes.
He said, “Most people are stuck in the same circle of comedians. They should make an effort to seek out people outside their box. New things happen every day and comedians are talking about them. The number of comedians in Nigeria today is not as much as the individual events happening daily in the country but we seem to concentrate on a chosen few, thereby stretching their limit and stressing the system. This invariably puts pressure on the comedians to deliver, hence appearing everywhere with almost the same materials. Others follow suit with similar habits and same materials to stay relevant. Meanwhile, if the events are spread across the board, you would see a potpourri of talents with diverse content.”
In an interview with ‘Sunday Punch’, Kofi also highlights some the things he has done in recent times, saying he was still very much in business.He noted,
“I have released a huge body of work in the past few years. My ethnic variety show, Awada Express, has been a viewer’s delight on Africa Magic for the past two years. Throughout 2016, I ran a monthly comedy night live as a platform for up and coming talents. Blame whatever you don’t see on mainstream media. Lately, they seem to select who they want the world to see.
A major player in the Ali Baba generation of Nigerian comedians, Koffi was born in Maroko (an old slum in Lagos, where the New Lekki Oniru sits after it was demolished in 1990). He had his elementary education in Lagos, with secondary education in Ijebu Igbo, Ogun state, He studied Chemistry in the University of Lagos.

He joined Theatre 15 in 1998 and trained as a stage actor, dancer, and comedy opening act. His first major television breakthrough was as a feature on the hit comedy campus sitcom “Twilight Zone” popularly referred to as “shake body” where he reinvented the Dauda character. As a standup comic he hosted events regularly about school and opened up before plays ran to a paying student audience and in 2003 he auditioned for the famous Nigerian comedy event “Night of a thousand laughs” where he got chosen as one of the four qualifiers to perform at the annual concert from a total of thirty four talents. 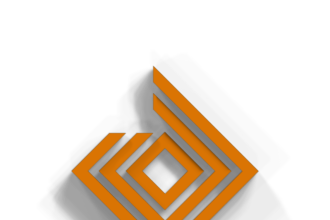