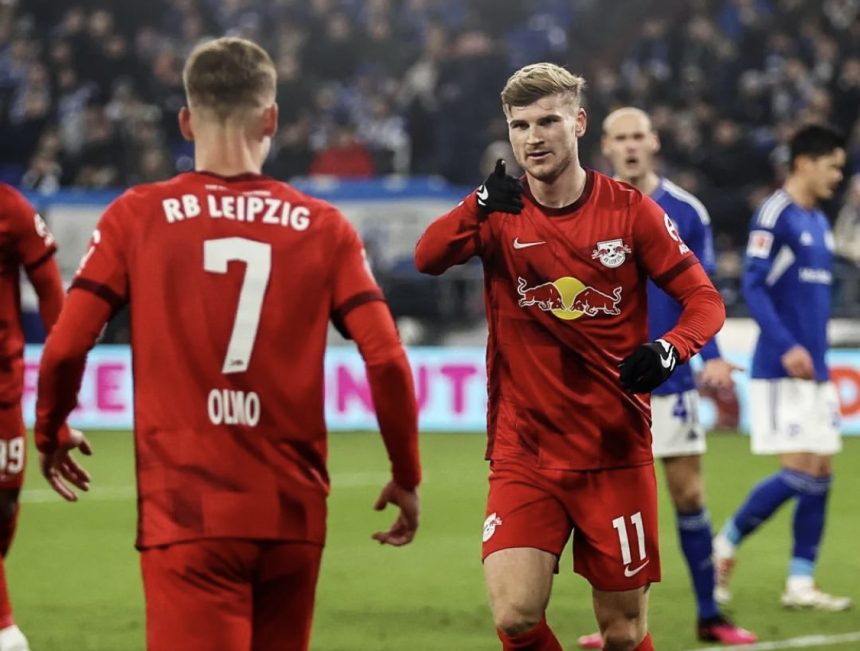 – RB Leipzig fired four first-half goals past bottom club Schalke 044 en route to a 6-1 demolition on Tuesday to climb into second place in the Bundesliga behind leaders Bayern Munich and stretch their unbeaten run to 15 matches across all competitions.

– The hosts, who face Manchester City in the Champions League Round of 16 next month, overran Schalke in the opening minutes and had already scored twice after a quarter of an hour.

– Andre Silva opened their account in the seventh minute and Benjamin Henrichs rifled in their second goal eight minutes later.

– There was more misery to come for Schalke, who won promotion last season, with Silva bagging his second goal of the evening a minute before the break and Timo Werner also getting on the scoresheet in first-half stoppage time.

– Schalke’s Soichiro Kozuki pulled a goal back in the 56th minute as Leipzig briefly eased off but they still scored twice late in the game through Dani Olmo in the 83rd and Yussuf Poulsen’s curled shot six minutes later.

– Leipzig are on 32 points while Bayern, on 35, host Cologne later on Tuesday.

– Schalke have now lost 10 of their last 11 league matches and are in last place on nine points.