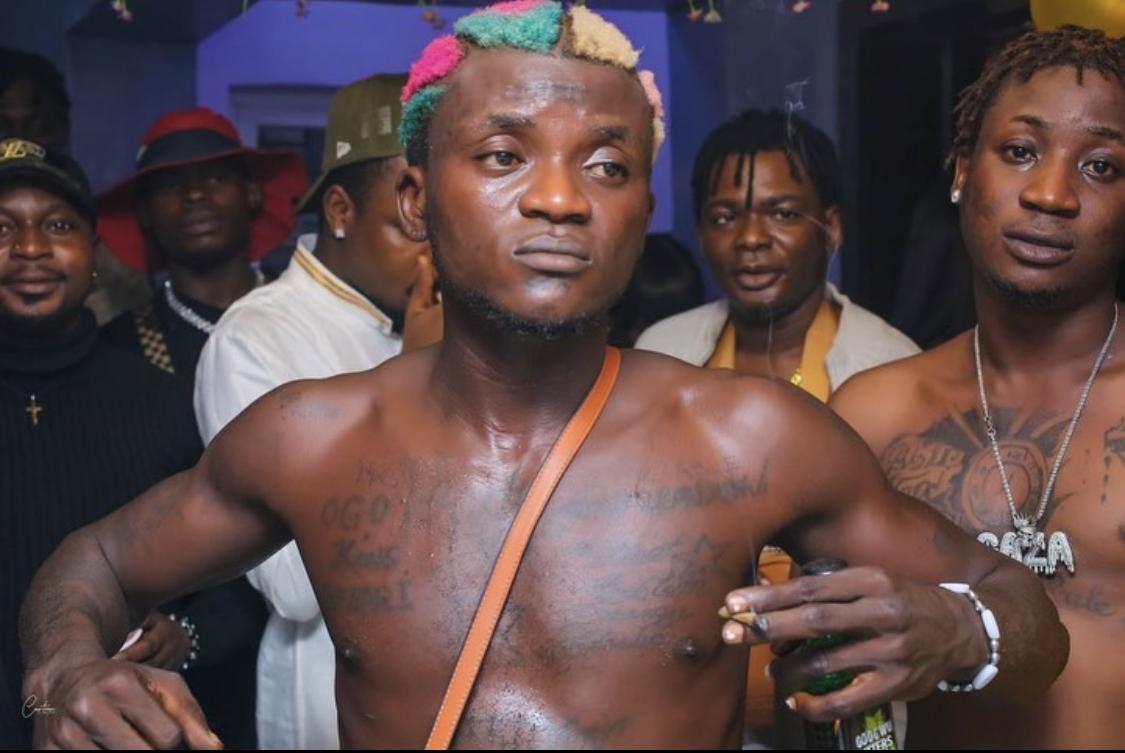 Here is a statement by the group founded by Prof. Isaq Akintola concerning the song titled ‘Kuku Do Ritual’:

“We find this song disgusting, detestable and egregious. It is a brazen assault on Nigerian and African values. Portable’s latest song has reduced human life to the level of ordinary ants that can be stamped out under human feet without qualms and without consequences. It is an open invitation to criminality. It makes mockery of law and order. It is an open disrespect for human life.

“This song has the capacity to influence our young ones in a negative manner. It is also capable of destroying the future of the youth. Something must be done urgently. Already, there are several reports of young ones engaging in the shameful act for the purpose of getting rich in their tender ages.

“Three teenagers were caught attempting to kill a 13-year-old girl for money ritual in Bayelsa State in January 2022 (https://saharareporters.com/2022/01/04/three-teenagers-arrested-bayelsa-during-attempted-ritual-killing-13-year-old-girl).

“Four teenagers living in Abeokuta, Ogun State, killed the girlfriend of one of them for money ritual (https://pmnewsnigeria.com/2022/01/29/4-ogun-teenagers-slaughter-girl-burn-her-head-for-money-ritual/). In fact there is a plethora of ritual killings among young Yahoo practioners in the country (https://punchng.com/of-ritualist-yahoo-teenagers-and-a-sick-country/).

“MURIC calls on all men of goodwill, all mothers in Nigeria, Muslim and Christian leaders to rise against the madness called Yahoo Yahoo and ritual killings among young ones whose ambassador has just released this horrendous song in their praise. ‘Kuku Do Ritual’ is nothing but a eulogy to glorify and elevate the names of ritual killers to high heaven.

“This album calls for immediate action from Nigeria’s traditional rulers. They are the custodians of our tradition. We therefore take our cry for help to these royal fathers to speak up on this sacriledgious song released by ‘Portable’. They must put pressure on the authorities to stop the circulation and broadcast of this album on any radio or television station and through any medium whatsoever.

“We invite the National Broadcasting Commission (NBC), the National Film and Video Censors Board (NFVCB), the Nigerian Copyright Commission (NCC) and the Performing Musicians’ Association of Nigeria (PMAN) to take necessary action with military dispatch.

“We see no reason why the security agencies should not investigate the author of this most embarrassing and irrational song to explain the number of rituals in which he has indulged. A scape goat must be made of this album and its artist before the trend escalates.

“Nobody should hide behind artistic priviledge, poetic licence or freedom of expression to launch such barbaric offensive on our culture, our norms and our values. This is beyond free speech. It is criminal speech. It is incitement to commit murder. It is instigation to criminality. It is a bestial invasion on decency and good manners. It is Bohemian.”