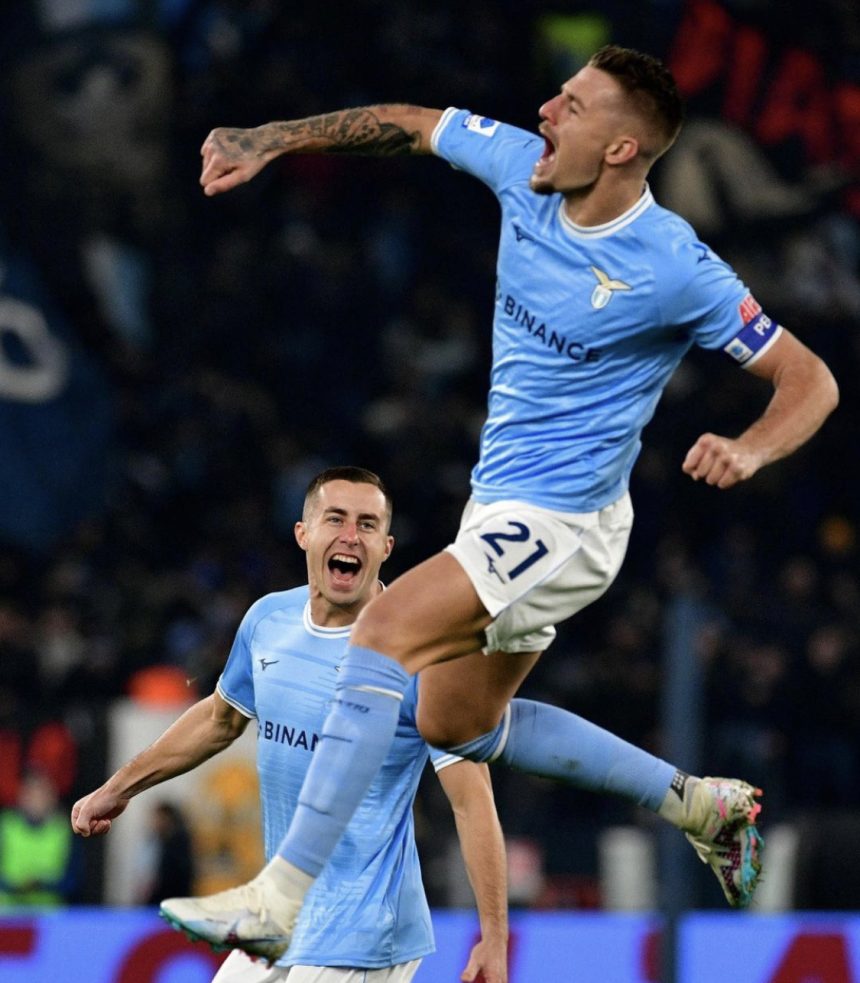 – Lazio humbled AC Milan with a superb 4-0 home victory in Serie A on Tuesday, extending the champions’ winless run to five games in all competitions.

– Midfielder Sergej Milinkovic-Savic fired Lazio in front after four minutes with a low shot into the bottom-left corner after Mattia Zaccagni set him up with a cross into the middle of the box.

– Zaccagni then doubled their lead in the 38th minute after midfielder Adam Marusic hit the post from the edge of the six-yard box, for the Italian to follow up with a tap-in from close range.

– Lazio made it 3-0 from the spot through winger Luis Alberto, after they were awarded a penalty for a foul by Pierre Kalulu on Spaniard Pedro.

– Midfielder Felipe Anderson wrapped up the scoring for Lazio in the 75th minute, calmly converting Luis Alberto’s precise cross from the edge the box.

– Lazio moved up to third place on 37 points from 19 games, one point behind Milan and 13 off the leaders Napoli. They are now level with fourth-placed Inter Milan and AS Roma in fifth.