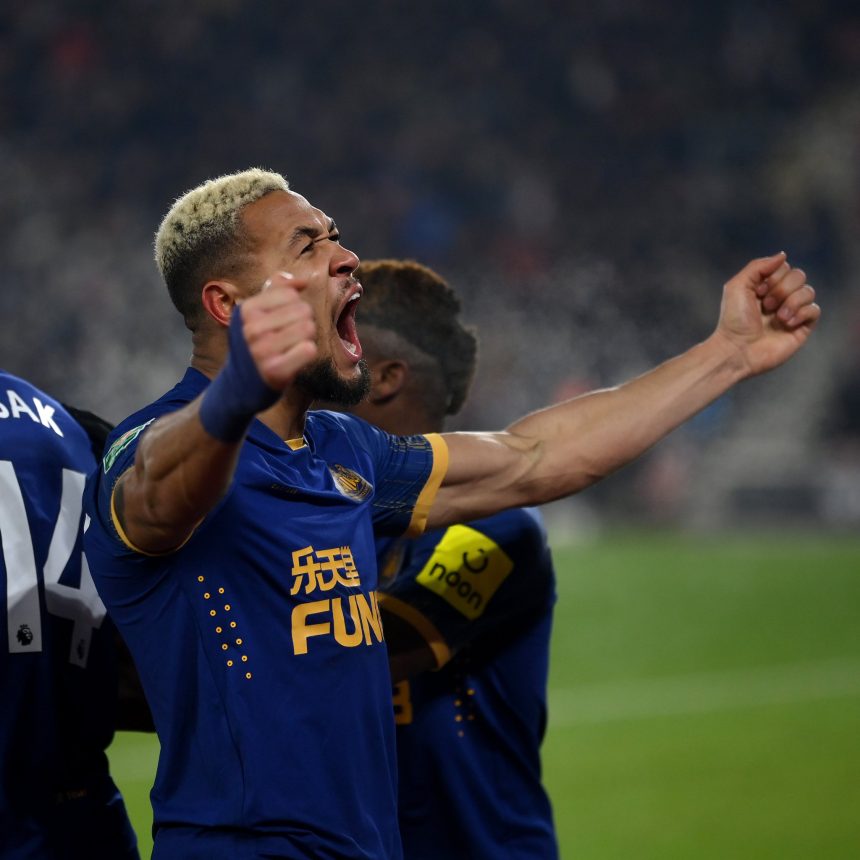 – The Brazilian made amends for missing an earlier easy opportunity when he arrived on the end of substitute Alexander Isak’s perfect low cross to make the decisive contribution with 17 minutes left.

– Newcastle will now be favourites to reach their first major Wembley final since the FA Cup in 1999 as they attempt to end a trophy drought stretching back to the 1969 Inter Cities’ Fairs Cup win.

– And if Newcastle do complete the job in the second leg on Tyneside they will owe a debt of gratitude to goalkeeper Nick Pope, who made two vital second-half saves from Southampton substitute Che Adams with the score still goalless, extending his remarkable personal record to ten clean sheets.

– Southampton, who had what they thought was an equaliser from Adam Armstrong disallowed for handball by VAR, saw their night of frustration complete when defender Duje Caleta-Car was sent off in the closing minutes for a second yellow card.

– Joelinton was a central figure, seeing a first-half goal contentiously ruled out for handball then blazing over an open goal when it seemed easier to score, before hitting the target to make Eddie Howe’s side firm favourites to reach Wembley.

Joelinton's second-half strike puts @NUFC firmly in the driving seat at the halfway stage in the tie 💪#EFL | @CazooUK pic.twitter.com/oiYKCUYtw8