As though following a notoriously familiar trajectory, it would seem like every intervention agency emplaced by the federal government to impact on Nigeria’s Niger Delta region, intrinsically suffers some specie of leadership jinx and dysfunction. The Niger Delta Development Commission, (NDDC), conceived by the Olusegun Obasanjo/Atiku Abubakar administration, and inaugurated in December 2000, has been serially plagued by leadership instability. The Commission was established principally to facilitate the planned, integrated and sustainable multisectoral development of the nation’s oil producing sub-country.

Except for its pioneer chairman, the renowned economist and journalist, Onyema Ugochukwu, none of his successors has run a full course of four years in office as provided by the statutes. More unpredictable has been the position of managing director of the organisation which has turned up almost a dozen occupants since the inception of the concern. All manner of nomenclatures have been coined at various times, to describe holders of the position. There have been: Substantive Managing Directors; Acting Managing Directors; Temporary Managing Directors; Sole Administrators and so on. This is even as the organisation continues to bleed from the buccaneer activities of successive leaderships, who have made a veritable “automated teller machine,” (ATM), of the establishment. The core obligations of the outfit to impact substantially on the beneficiary states, has been largely kept in abeyance.

The Presidential Amnesty Programme, (PAP), was initiated and signed into law by President Umaru Yar’Adua June 25, 2009, to stem youth restiveness, militancy and ruination of oil processing infrastructure, in the same oil-bearing sections of Nigeria. The programme was articulated to execute a quartet of objectives, aimed at mitigating the quantum lawlessness in the region which at some point, had brought oil production figures to barely 700,000 barrels per day. PAP was to pursue the: Disarmament, Demobilisation, Rehabilitation and Reintegration of the militants. Barely 14 years in existence, its turnover of chief executives suggests that successive heads of the establishment, scarcely gross two years in office.

From its inception, PAP has been administered by six chief executives. Lucky Ochuko Ararile, (a retired air vice marshal); Timi Alaibe, (who once served as managing director of the NDDC) and Kingsley Kuku, (a former member of the Ondo State House of Assembly), were Special Advisers to the President on Niger Delta and Coordinators of PAP, at various times. Paul Boroh, (a retired brigadier-general); Charles Quaker Dokubo, (a professor of international affairs) and Milland Dikio, (a retired colonel), have also functioned as chief executives of PAP. Reports of non-adherence to the founding objectives of the body and mind-boggling fiscal malfeasance has regularly dogged the resignations or dismissals of successive heads of the outfit.


Kuku, for instance has been on self-exile since the outset of the incumbent administration, afraid to answer for the humongous heist committed under his watch. His case reminds of Dieziani Alison-Madueke, petroleum minister under the Goodluck Jonathan presidency, who has found safe haven in diaspora in the past eight years, paranoid about the prospects of Nigerian-style inquisition. Alison-Madueke was Jonathan’s ultra-powerful oil minister who could well have passed for an “alternate president” on account of the influence she wielded. Investigators once announced a whopping nine million United States Dollars, (USD), find in the home of Boroh, during a search! Such has been the monumentality of thievery, serially and bold-facedly committed in the name of the Presidential Amnesty Programme.

It was perhaps against this background, that Muhammadu Buhari, undertook a guided search for a new head of the PAP, to realign and sanitise the serially raped and battered organisation, in the months preceding the conclusion of his presidency. He narrowed his quest to Barry Tariye Ndiomu, a retired major-general of the Nigerian Army. A press release endorsed by presidential spokesman, Femi Adesina September 15, 2022, named Ndiomu “Interim Administrator” of the Amnesty Programme. True, other military officers have administered the organisation as detailed in preceding paragraphs. Ndiomu has been specifically headhunted both on the strength of his well-earned, eminently deserving antecedents.

Barry Tariye Ndiomu is the offspring of Charles Bebeye Ndiomu, who was also a distinguished major general in his own generation. The older Ndiomu who graduated from the University of Ibadan in 1963, was commissioned lieutenant in the Nigerian Army, 1964. He was at various times in his most eventful career: Commandant, Nigerian Military School, (NMS), Zaria; Director, Army Education Corps, Lagos, and Director-General, National Institute for Policy and Strategic Studies, (NIPSS), Kuru, Jos. It is a measure of how highly the older Ndiomu was held in his time, that he chaired a high profile military tribunal in 1985. The “military court” tried and sentenced former member of the Armed Forces Ruling Council, (AFRC), Mamman Jiya Vatsa and his accomplices to death for complicity in a coup plot against the administration of Ibrahim Babangida.

My singular, fleeting and faintest encounter with the younger Ndiomu was in May 2022. I was invited to the first year anniversary memorial of the former Chief of Army Staff, (COAS), Lt. General Attahiru Ibrahim, who died in a plane crash, early 2021. I have very special admiration for Attahiru who brought spark and sparkle into his schedule for the brief period of his superintendence. I never met him though. Nobel Laureate, Wole Soyinka was also on the bill for the event. As a literary student, it is always a blessing to listen to, read and learn from prodigies and masters of the the Word. Ndiomu and I were introduced to each other and we shook hands at the pre-event cocktail of the Attahiru programme in Sheraton Hotel, Abuja, which has been rechristened “Abuja Continental Hotel.” We melted into the anonymity of our various seats in the events’ hall as the programme proper kicked off.

Tariye Ndiomu was a toddler when his father joined the army in 1964. He was sufficiently inspired by his father’s career evolution, however, that he fantasised about emulating that courageous precedence. He would later join the army as a member of the “Course 29” graduates of the Nigerian Defence Academy, (NDA), and was commissioned second lieutenant in 1983. This was after completing his West Africa School Certificate Examination, (WASCE) at the Federal Government College, (FGC), Ilorin. He was deployed to the elite “military police,” (MP) corps, famous for their red berets and smart *khaki-ed* turnouts.

A rugged soldier, the younger Ndiomu refused to be pampered or protected as son of a “very senior general,” preferring to earn his own epaulettes, medals and decorations by dint of consistent hard work and merit. He fought bravely on the frontlines in Liberia, àt the height of the Charles Taylor-engineered civil war in that country, which began in the twilight of 1989. That was the glorious era of global acclaim for Nigeria’s military when the country initiated the Economic Community of West African States Monitoring Group, (ECOMOG), intervene and stabilise the country. Nigeria mobilised other West African countries to donate troops to the exercise, which was substantially funded by the country. Nigeria was the de facto “policeman” of the subregion within that era.

As an army Major, he served on the United Nations Mission to Angola. He was also defence attache to Chad. Ndiomu would later serve as Garrison Commander, Nigerian Army Headquarters, (NA-AHQ). In this capacity in 2014, he constituted a general court martial presided over by C C Okonkwo, also a brigadier-general, at the time. The court martial investigated the case of “mutiny and attempted murder” of Ahmadu Mohammed, General Officer Commanding, (GOC) of the 7 Division of the army, headquartered in Maiduguri. He rose to position of Chief of Training and Operations, (CTOP), *Defence Headquarters,* the core of military thought and strategy, among other command and staff appointments he held, before his meritorious retirement as major general, in December 2017. “Ndiomu Junior” equalled the highest rank of his father.

Ever treading the tracks of his illustrious forbear, he enrolled for a law degree programme, early in his career, at the “UI,” and was called to the Nigerian bar. Ndiomu has in his pouch, three full decades experience as an attorney. He equally attended the famous NIPSS, where his father left glittering footprints as a former head of the institution. He thus has the ascription “mni” after his name, the full meaning of which is “Member of the National Institute.” He has subjected himself to various capacity-building courses and trainings, at home and abroad, including attending the Administrative Staff College, (ASCON), Topo, Badagry and the Havard Kennedy School, in the United States. He has also attended the George C. Marshall Centre for European Security Studies.

Barry Tariye Ndiomu was born May 2, 1963, the second of eight children born by his father and his mother, Grace, who turned 84 on her last birthday. His siblings include: Valentine Ndiomu, (his immediate elder brother, who was a very senior officer in the Nigerian Customs Service, (NCS), of blessed memory). There are also: *Denye,* (who holds a doctorate); *Ebizi* Ndiomu-Brown, (deputy chief of staff to former governor Seriake Dickson); *Charles,* (a former executive in Mobil); Didi, (Chairperson of the “General Ibrahim Attahiru Foundation,”); Tina and *Miedon*. The family hails from Odoni in Sagbama local government area of Bayelsa State.

The new Amnesty Programme Coordinator has his job cut out. In the weeks and months preceding Ndiomu’s appointment, there was loud public clamour for the disbandment of the outfit. It was believed to have become utterly dysfunctional and outlived its usefulness. It had repeatedly failing to justify the reasons for its setting up 14 years ago. National Security Adviser, (NSA) Baba Gana Mungono, also a retired major-general, in 2020, had informed Nigerians that over N700 Billion had been provided for the smooth functioning of the PAP, without visible results or tangible success. Having failed to meet public expectations therefore, there was vociferous advocacy for its decisive proscription.

Ndiomu is very conscious of the unenviable reputation the organisation has earned over time, desiring to chart a new path, retooling and refocusing the PAP. He tells us: “It is my desire to uphold the sanctity of the core values for the establishment of the Amnesty Programme.” According to him, his dispensation will be conscientiously different from former eras. His words: “Under my watch, we shall place premium on transparency, accountability and hard work. There shall be very clear departure from the past trajectory. Ours will be a purposeful and result-oriented administration.”

Ndiomu can be taken for his word and promise. He comes into his job with very huge credits of integrity, honesty, dedication and patriotism. He is focused and fortright, an ideal officer and gentleman. He has begun well, interfacing with stakeholders in the amnesty programme, across the span of his “AOR,” as the military will say, to mean area of responsibility. While he can be trusted to invest his aggregate perspiration on his brief, Ndiomu also needs every ounce of understanding, goodwill and support, in the discharge of his duties.

*Tunde Olusunle, PhD, poet, journalist, scholar and author, is a Member of the Nigerian Guild of Editors, (NGE)*

No cash. No fuel. No light: Groaning of a Nigerian editor stripped of his dignity 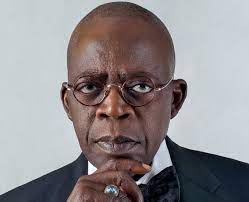 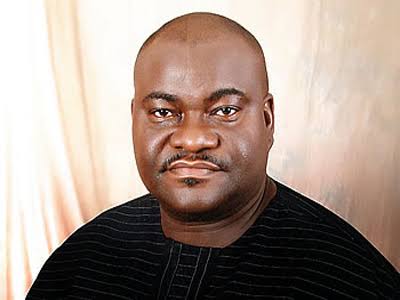 Atiku, El Rufai, Udenta and the vindication of “Esu Odara”