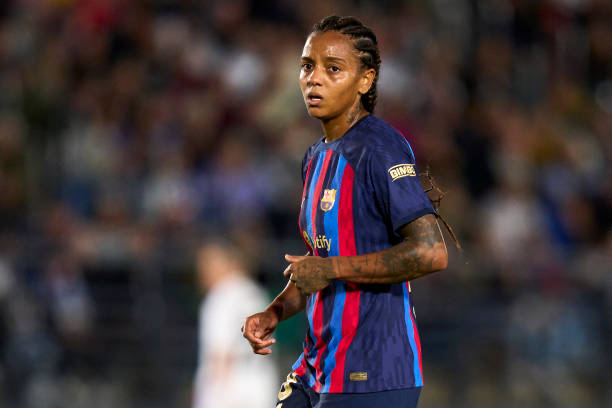 – Barcelona and Sevilla have been thrown out of the Copa de la Reina for fielding ineligible players in the last round, the Royal Spanish Football Federation [RFEF] confirmed on Tuesday.

– Brazil striker Geyse started and scored for Barca in their 9-0 win over Osasuna in the round of 16 when she was due to be serving a suspension carried over from last season.

– Geyse, 24, was sent off in the quarterfinals of last year’s competition while playing for former club Madrid CFF. Barca said the ban had not shown up on the RFEF’s website or the internal system used by clubs to check sanctions.

– Barca, who have also been fined €1,001, have 10 days to fight the decision and a source said they will take the issue to the RFEF’s Appeals Committee.

– Sevilla, meanwhile, have also been expelled from the cup after Nagore Calderon came off the bench in a 1-0 win over Villarreal. Midfielder Calderon was sent off against UD Granadilla Tenerife in last season’s quarterfinal.

– Osasuna and Villarreal will take their places in the quarterfinal, alongside Granada, Real Madrid, Athletic Bilbao, Granadilla, Atletico Madrid and Alhama.

– Barca’s elimination opens up the competition. They have won the Copa de la Reina nine times and in each of the last three seasons. Their last defeat in the cup was in the 2019 semifinal, 2-0 against Atletico Madrid.

– That domination has been mirrored in Liga F, which they have also won three times in a row. They are on a 49-game winning streak in the league, dating back to June 1, 2021, when they lost to Atletico. That was their last loss in any domestic game.

– On Sunday, they also won the Spanish Supercopa for the second successive year, beating Real Sociedad 3-0 in the final.