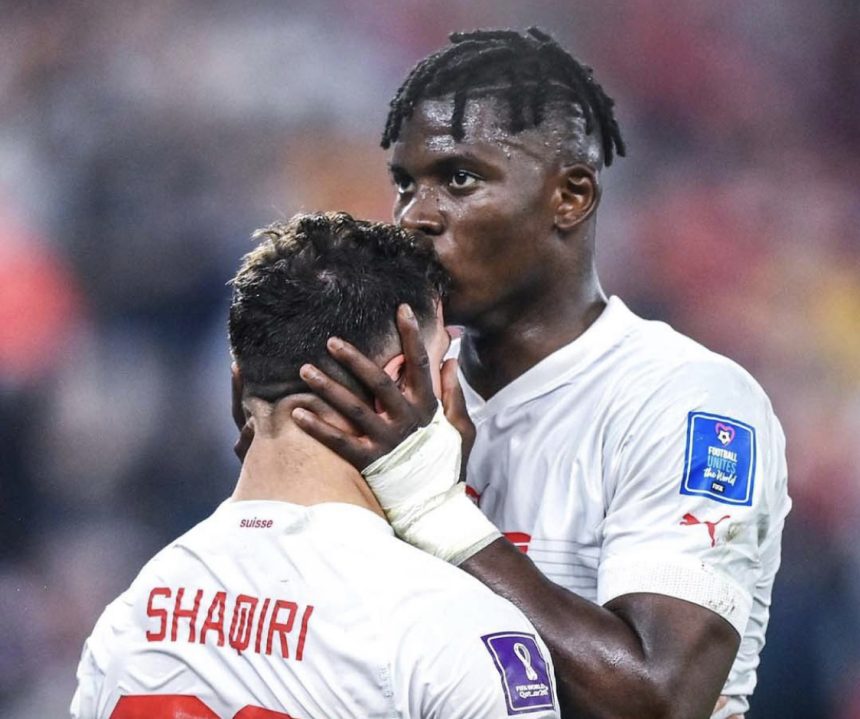 – Switzerland sealed their place in the World Cup last 16 following an entertaining five-goal victory over Serbia to round off the group stage.

– Switzerland, who knew a draw would be enough to qualify, took an early lead through former Stoke and Liverpool forward Xherdan Shaqiri.

– Serbia turned it around in the first half, going 2-1 up with goals from Fulham’s Aleksandar Mitrovic and centre-forward partner Dusan Vlahovic – and they would have gone through as things stood.

Also Read: Serbia coach Stojkovic hoping for holes in Swiss defences, like in their cheese

– The entertainment did not stop there though, as Switzerland’s Breel Embolo equalised on the stroke of half-time when he poked in from close range.

– With Serbia needing to win, the second half promised further twists but it was Switzerland who struck next – Embolo coolly flicking it on for Nottingham Forest’s Remo Freuler to thump a half-volley into the net and make it 3-2 in their favour.

– Further chances came for both sides but Switzerland held on to set up a meeting with Cristiano Ronaldo’s Portugal in the next round, while Serbia are eliminated.

After a five-goal fest, the Swiss are heading to the Knockout Stages! 🇨🇭@adidasfootball | #FIFAWorldCup

Group G has reached its conclusion 👏

It's time to head to the knockout stage 👀 #FIFAWorldCup | #Qatar2022