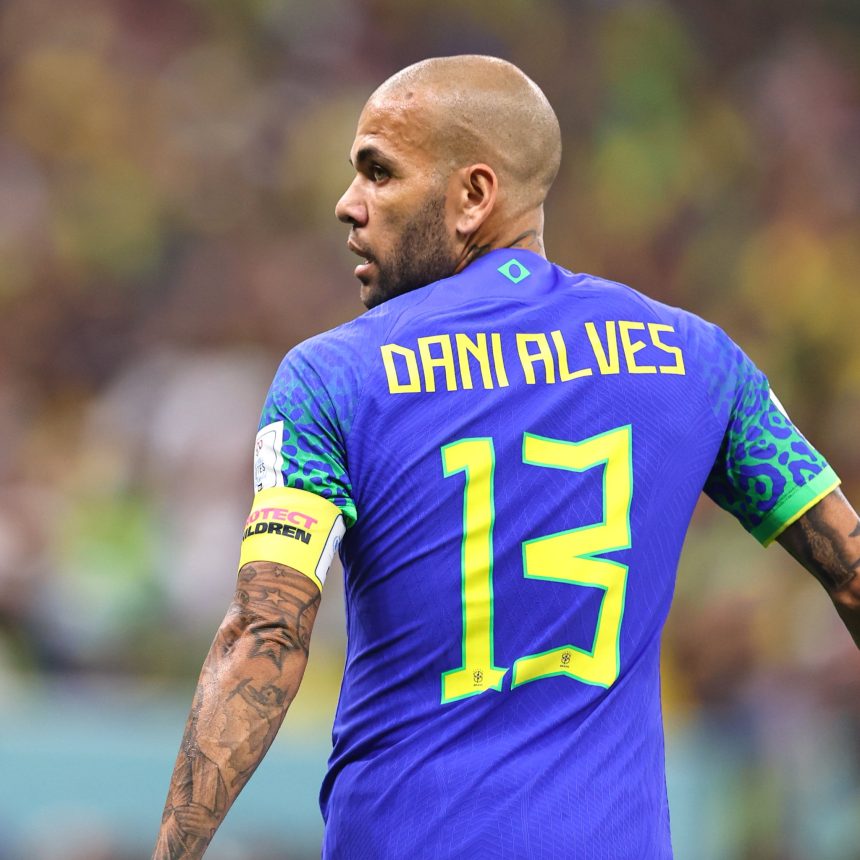 – Brazil captain Dani Alves says Friday’s 1-0 defeat to Cameroon should be a “warning signal” to the team as attention turns to their round of 16 match with South Korea, where they are optimistic Danilo will be available while they continue monitoring Neymar and Alex Sandro’s fitness.

– On a night where Brazil manager Tite rotated the squad, they suffered fresh injury concerns with both Alex Telles and Gabriel Jesus requiring scans on injuries picked up against Cameroon.

– Brazil dominated much of the match, but fell to a late Vincent Aboubakar winner for Cameroon. Tite made nine changes to the team that had seen off Switzerland 1-0 earlier in the week to book Brazil’s spot in the knockouts, but the new-look side failed to make it three from three in Group G.

Also Read: Aboubakar scores winner for Cameroon against Brazil but crash out

– Alves became Brazil men’s oldest World Cup player as he captained the team against Cameroon, but he wants his team to learn from the loss.

– “It’s a warning signal,” he said. “There is no weak rival. Here is the lesson, we need to stay switched on throughout the game. One detail and it’s over.

– “We end today with the feeling that a beautiful day slipped through the hands of us players who weren’t playing much.”

– Tite will revert back to his strongest possible XI for their clash against South Korea and will be hoping for good news from the medical room.

– Heading into the match, Brazil had Neymar, Alex Sandro and Danilo all injured. Neymar and Danilo picked up ankle injuries in their 2-0 win over Serbia, while Alex Sandro injured his hip in their 1-0 victory over Switzerland.

– The Brazil doctor Rodrigo Lasmar gave an injury update post-match, and said: “Danilo has been evolving positively — he did intense work with the ball and has adapted functionally positively and he should be able to train normally with the players. We have high expectations he’s available.

– “About Neymar and Alex Sandro, we still have 72 hours before the next game, we will count on the time in our favour, we still have the chance, and we will wait to understand how this transition will happen.

– “They haven’t started the ball training yet, that will be done from tomorrow and it is important to know how the players will respond to this new stimulus. Depending on that, they may or may not be able to do it, depending on these two days.”

– Thiago Silva added on Neymar: “Tomorrow he should have more tests… I don’t know if he will put on a boot.”

– Regarding Gabriel Jesus and Alex Telles, Lasmar said: “About today’s game, we had two medical problems. Alex Telles left the game complaining of pain in his right knee after a trauma, he was evaluated in the locker room. An MRI scan will be performed tomorrow to find out his issue.

– “Similarly, Gabriel Jesus complained of pain in his right knee and we have already provided an image that will be done tomorrow. After the tests, we will be able to give more details.”