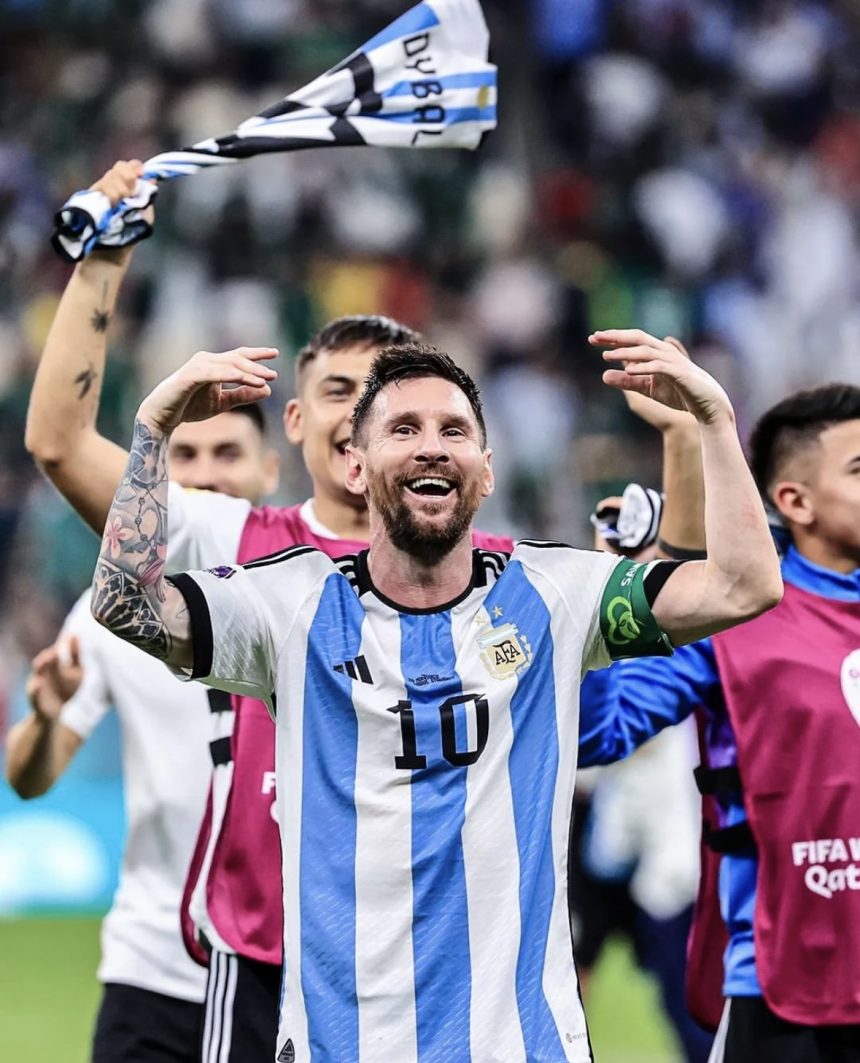 Lionel Messi has done what he knows how to do best in the ongoing match between Argentina and Australia.
He has got the first goal, and in a way he loves to do mostly: placing.

He secured the goal with the slightest opportunity he got after Australian players had surrounded him in most parts of the game still in the first half.

Australia had curtailed Argentina after the latter’s initial domination.

ALSO READ: Messi reacts to penalty ‘mistake’ and reveals mindset for Argentina’s WC Round of 16

They – Australians – registered their impact, getting two corner kicks and a freekick that they could however not convert into a goal.

They have also bagged two yellow cards – as yellow as their jerseys.