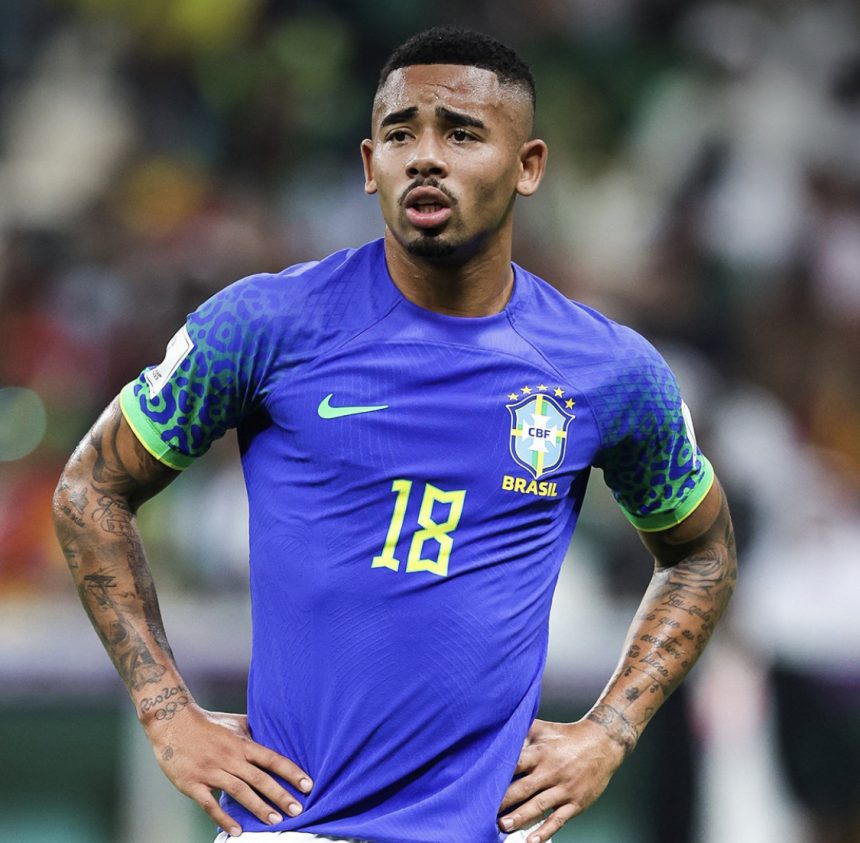 – Brazil have suffered two major injury setbacks ahead of the World Cup round of 16 clash against South Korea, with both Gabriel Jesus and Alex Telles ruled out of the rest of the tournament.

– Jesus and Telles both picked up knocks in Brazil’s 1-0 defeat to Cameroon on Friday. They had scans on their respective knee injuries on Saturday but sources have confirmed that the severity of the injuries will see both unable to play in the rest of the World Cup.

Gabriel Jesus will miss the rest of the World Cup, sources close to player and Brazil confirm. He has pain in his knee and won’t be able to be back during the competition. 🚨🇧🇷 #Qatar2022

Gabriel’s expected to return in January with Arsenal. pic.twitter.com/TSZxO9X4dY

Not just Gabriel Jesus. Alex Telles, also expected to miss the rest of the World Cup as @geglobo reports, due to injury against Camerun. 🚨🇧🇷 #Qatar2022

– The news will come as a huge blow for both, but also for their club sides. Jesus’ Arsenal are top of the Premier League and will want their star striker fit for when the competition resumes after the World Cup. Telles is on loan at Sevilla from Manchester United.

Also Read: Aboubakar scores winner for Cameroon against Brazil but crash out

– With Brazil continuing to monitor the fitness of Neymar, they are confident Danilo will be fit to face South Korea on Tuesday with sources saying Alex Sandro will also recover in time.

– But with Brazil expected to confirm the news on Jesus and Alex Telles on Saturday, it will compound a tough 24 hours for the Selecao after they fell to Cameroon on Friday night 1-0. After that match, Dani Alves said the defeat should come as a wake up call for his Brazil.

– “It’s a warning signal,” he said. “There is no weak rival. Here is the lesson, we need to stay switched on throughout the game. One detail and it’s over.

– “We end today with the feeling that a beautiful day slipped through the hands of us players who weren’t playing much.”