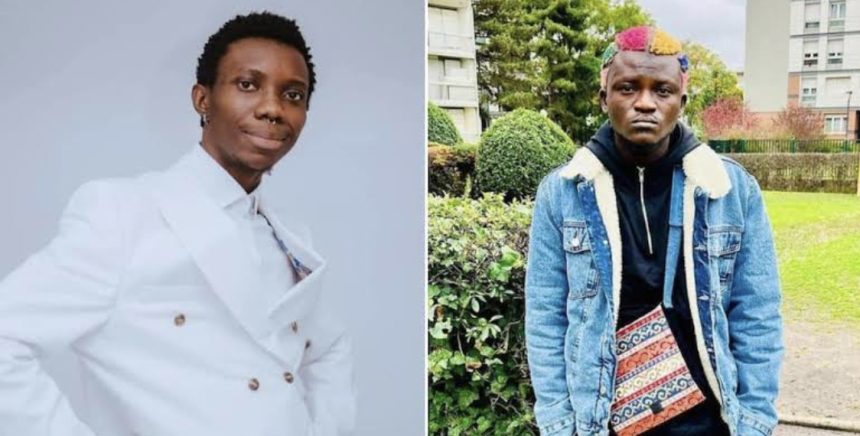 Nigerian musician, Blaqbonez, has attacked Netizens who make comparison between him and his colleague, Portable.

A fan with the name ‘Benue Giant’ had asked fans to mention who they preferred between Portable and Blaqbonez.

While fans made their chpices, Blaqbonez however thought the comparison was unfair and disrespectful to Portable.

He thus took toTwitter account to blast the fan, advising him never to disrespect the Zazoo chanter, Portable, a.k.a Zazuu.

His tweet has however generated controversy online as some people insist Blaqbonez is a better singer than Portable.

Born January 29, 1996, in one of Nigeria’s commercial states, Lagos. He is also signed under 100 Crown; an affiliation of Chocolate City.

Blaqbonez is famously known for his unique style of dressing and controversy; like once proclaiming Best Rapper In Africa (BRIA).