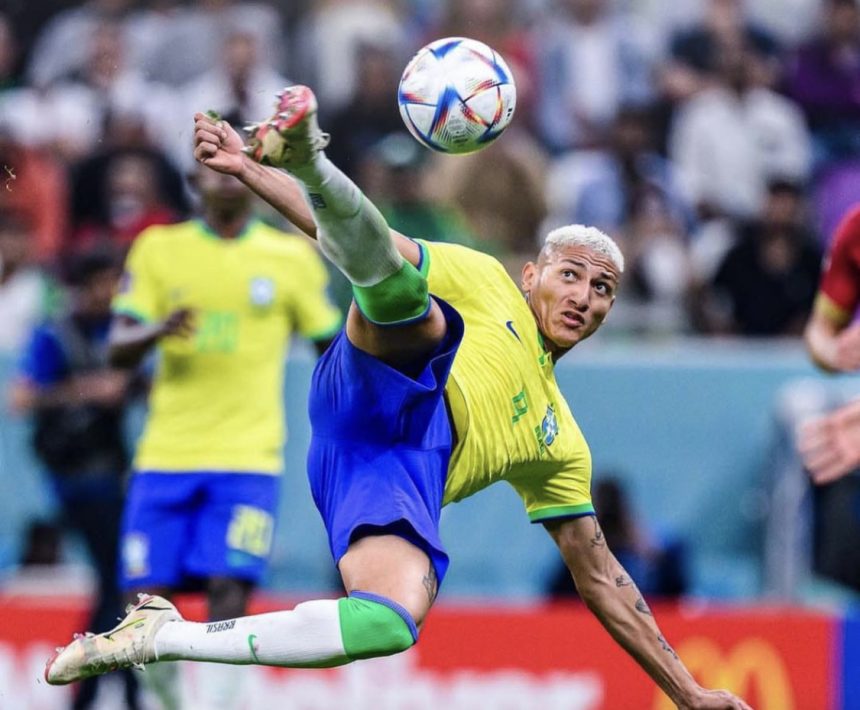 – Richarlison scored a pair of goals — including a stunning second — as Brazil made good on the hype with a 2-0 win over Serbia to start their World Cup campaign in Qatar on Thursday.

– Serbia goalkeeper Vanja Milinkovic-Savic denied Brazil’s potent strike force on several occasions in a goalless first half that saw Brazil have the majority of possession.

– Brazil were close to taking the lead in the 27th minute when Thiago Silva slid a low pass into the box, but Milinkovic-Savic did well to clear the ball and he also saved a low shot from winger Raphinha.

– Tite’s side came out full throttle after the break and Serbia were lucky not to go behind when Milinkovic-Savic made another incredible save on Raphinha and Alex Sandro’s thunderous strike from distance hit the post.

– Richarlison finally scored Brazil’s deserved first just past the hour mark with their 15th shot of the match, pouncing on a loose ball in front of goal after Milinkovic-Savic saved from Vinicius Junior’s close-range effort.

– The Tottenham striker then doubled his tally with an outrageous finish, when his attempt to settle a Vinicius cross into the area popped in the air, Richarlison pivoted to his left and smashed a side sideways volley past Milinkovic-Savic to put Brazil up 2-0.

Richarlison! What have you done?! 🤯#FIFAWorldCup | @richarlison97 pic.twitter.com/kCKFdlINXq

– Richarlison has now scored nine goals for Brazil this year.

– The win is partly overshadowed by a potential injury to Neymar, who was fouled repeatedly throughout the game and was pictured in tears on the Brazil bench after being substituted in the 80th minute.

– There was no way back for Serbia as Brazil, who finish the day atop Group H on goal difference over Switzerland, saw out the result to put the stamp on their credentials as World Cup favourites coming into the tournament.

Com duas bicadas do @richarlison97, a Seleção Brasileira venceu a Sérvia por 2 a 0. 🐦🐦