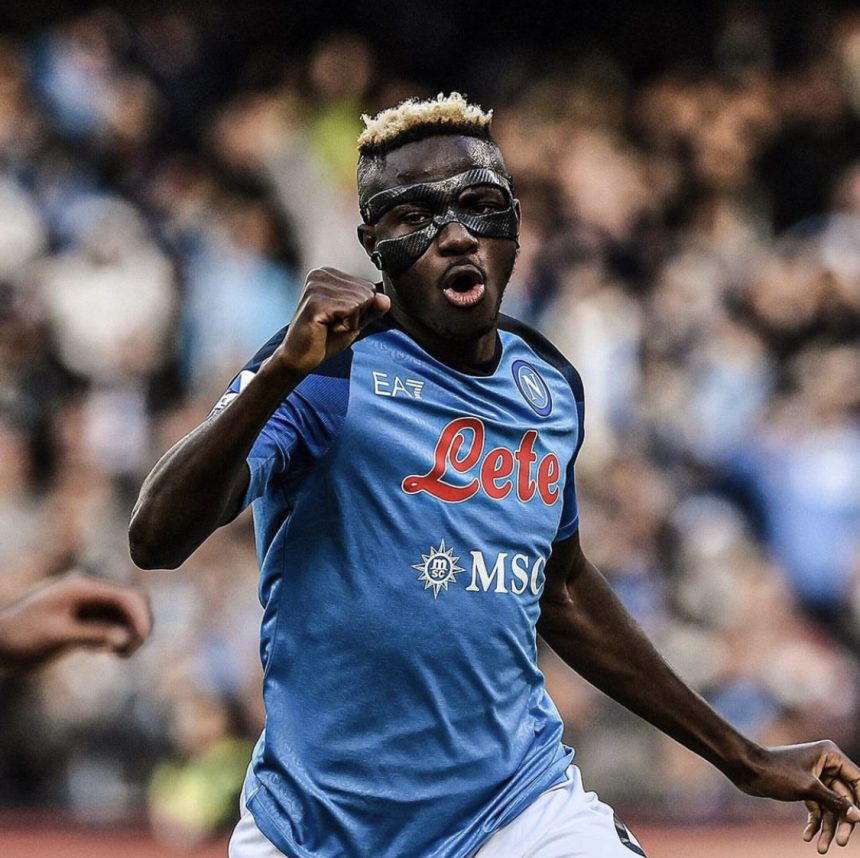 – Napoli almost squandered the chance of setting a club record of 11 consecutive Serie A victories within a season when they let slip a three-goal advantage before securing a 3-2 home win over Udinese on Saturday.

– Victor Osimhen put the league leaders ahead after 15 minutes when he elegantly headed home a cross from Eljif Elmas.

– Piotr Zielinski doubled the lead in the 31st minute with a shot from the edge of the box after being played in by Hirving Lozano.

Also Read: Napoli get their 10th consecutive Serie A win

– The hosts continued to press in the second half and Elmas was set free by Andre-Frank Zambo Anguissa in the 58th minute to add the third.

– Udinese reduced the deficit 11 minutes from time when Isaac Success chested the ball to Ilija Nestorovski who fired the ball into the net.

– Lazar Samardzic pulled another goal back three minutes later and Napoli coach Luciano Spalletti cut a frustrated figure as his side held firm in the closing stages to secure the victory.

– Napoli top the standings with 41 points, 11 ahead of Lazio who play Juventus on Sunday before the World Cup break. Udinese are in eighth place.