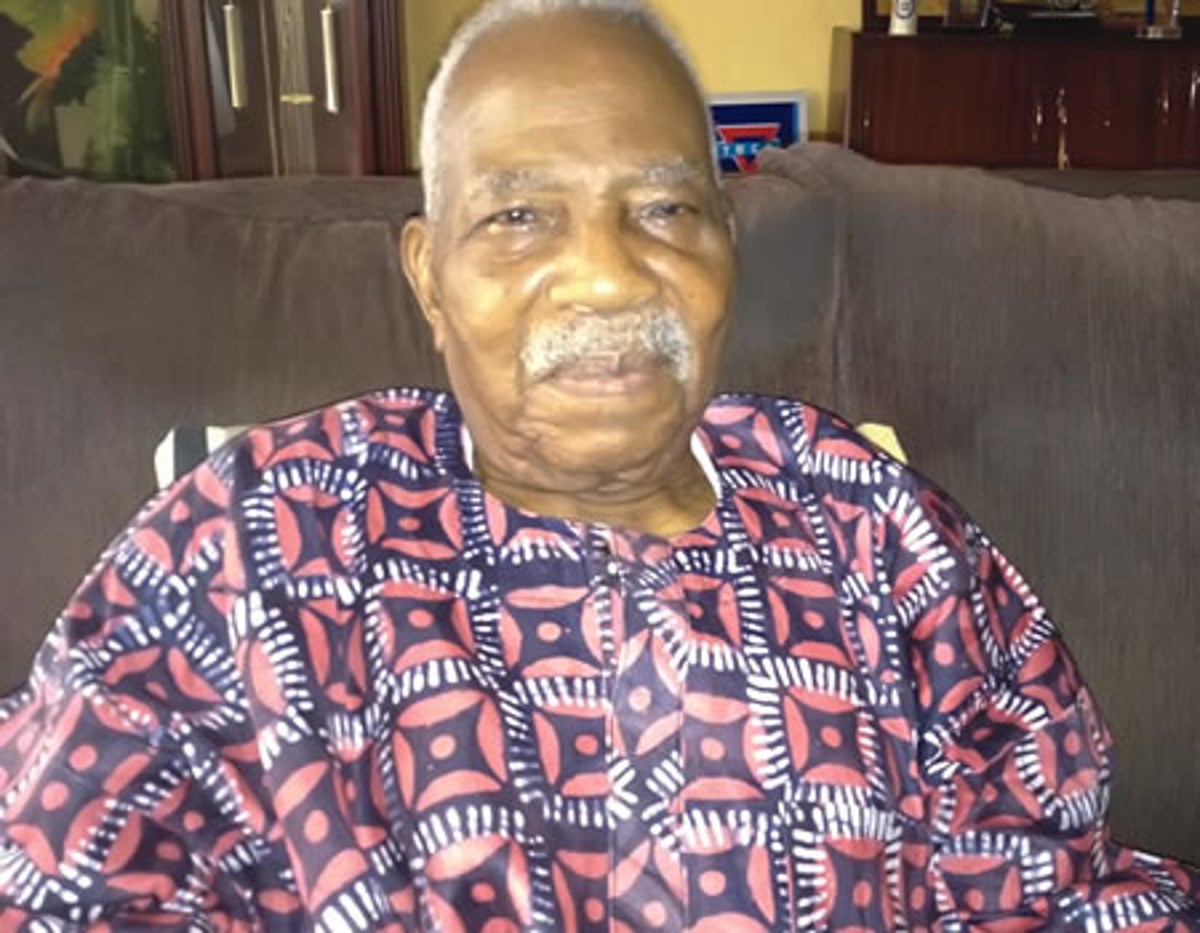 The recent visit of the All Progressives Congress (APC) presidential candidate, Asiwaju Bola Ahmed Tinubu, to the Akure home of Pa Reuben Fasoranti continues to raise dust among many Yorubas, with almost all those making comments failing to take congnisance of the historic meaning of the visit and its implications for the Yoruba Nation.

For a number of Yorubas, including son of man, the pan-Yoruba socio-political group, Afenifere, is an umbrella for Yorubas, who believe and act in the progressive ways of late Chief Obafemi Awolowo and his early aides. Afenifere is not a group for all Yorubas, being an organisation borne out of political necessity. That is why journalists and other social commentators, who often describe Afenifere as a socio-cultural group, always missed it.

Afenifere is a political group. It is for a certain set of people, who are of Yoruba descent, and who MUST believe in its original social welfarism approach to Government policies. This could be a reason socialists and persons of leftist dispositions have sympathy for Afenifere, being the closest to what these ones believe in: “The greatest good for the greatest number of people.” And the greatest number of people are of the middle and lower classes.

ALSO READ: Afenifere is playing parochial politics over Tinubu – MURIC
And, despite being a Yoruba socio-political group, Afenifere, believes in the universality of man, acting against injustice in other parts of Nigeria to help others, as Olodumare remains one in the whole of creation. Tinubu’s visit, ostensibly made to seek the blessing of Afenifere, to me, has little or nothing to do with the adoption of Labour Party’s Peter Obi as the candidate of Afenifere by Adebanjo. To me, it is a return to his Orisun (source of political relevance in Yorubaland), despite the many years which he deployed to ensure that the group ceased to exist. Our struggles, being, retrogression or advancement in Yorubaland is rooted in the spiritual foundation laid by those who left this space for us. Only the spiritually discerning will know.

Without Afenifere’s blessing, Tinubu would not have been the Governor of Lagos State in 1999. Olodumare used the same Adebanjo of today, as a vehicle for his selection and endorsement at the time. Towards his re-election in 2003, Tinubu ensured he robed himself as an Afenifere despite the wars orchestrated against the group’s leaders in Lagos State, especially late Alhaji Ganiyu Olawale Dawodu. Lagos-based newspapers at the time had full-page advertisement anointing Tinubu, fully dressed in an almost Oluwo attire, as an ‘Afenifere ododo’.

Adebanjo has NO reason to be angry at this time. Ibinu Baba Adebanjo ti ba awon nkan je s’ehin. His anger at some points cost the defunct Alliance for Democracy (AD) quality partnership in the South-East, South-South, North-East, North-West and North-Central, where AD made considerable gains during the 1999 general elections. AD had a Senator in Bayelsa State. Enugu State also gave AD a Senator. The party controlled Obowu Local Government, Imo State with a number of House of Assembly members in Kaduna, Plateau, Adamawa and some other Northern states.

Yes, there were Afenifere leaders with loyalty to the late Chief Bola Ige, mainly Arokeans (Ara Oke) from Oyo and Osun states, who felt the Ijebus were in charge of Afenifere, thus the need to wrest control from them, many of them regretted this negative role later. I remain a witness of this, along with a few colleagues. Towards the 2003 general elections, a towering pillar among these dissidents lamented to a select team of journalists from The PUNCH how late Senator Abraham Adesanya was cheating them of a share in all the largesse given to the group by its Governors. Tinubu was singled out as the best giver of largesse.

I have no doubt that beyond the selection of Chief Olu Falae as AD presidential candidate over late Chief Bola Ige in 1999 and possibly fall-outs of other infighting among Yoruba Unity Party of Nigeria (UPN) leaders in the Second Republic, Tinubu was responsible for a major part of the implosion that rocked Afenifere. He has now retraced his steps and returned to base. Anger should not be the way forward. Forgiveness is key here. Adebanjo should not forget what happened to Ahitophel in the Holy Bible. God forgave King David. But Ahitophel did not. Baba may also want to consider Odu Ifa Ogbeyonu for the Yoruba Nation – out of insults, derision and the like will come a very fruitful outcome that’ll last for eternity IF our leaders can only forgive and move on. Forgiveness and patience are the needed items here.

A few days before Ige was assassinated, son of man wrote an article in The PUNCH warning about unsavoury consequences IF the civil war within Afenifere was not resolved through forgiveness. It is the same forgiveness I’ll preach here to our Leaders,