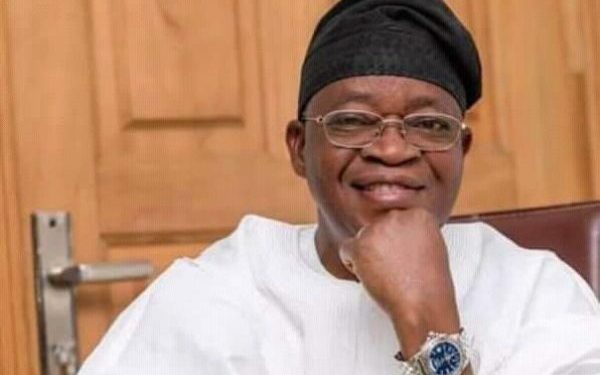 One person was feared shot dead in Ikirun, Osun, on Wednesday.

Suspected arsonists also set part of the palace of the Akirun of Ikirun, the traditional ruler of the community in Ifelodun Local Government Area of the state on fire.

Trouble started when a group of persons tried to force their way into the palace (that had been locked and sealed off with traditional charms), but were resisted by some residents of the community.

In the imbroglio that ensued, one person was reported to have been shot dead and part of the palace set ablaze.

Police operatives have been deployed to the area to restore normalcy.

When contacted, spokesperson of the police in Osun, SP Yemisi Opalola, said she could not speak on the incident as the police were still gathering information.

ALSO READ: We shouldn’t leave Akirun’s stool vacant – Judge tells complainants
The News Agency of Nigeria (NAN) reports that the palace had been under lock since the state government installed Oba Olalekan Akadiri as Akirun on Oct. 27.

Some people in the town, who had been calling for a reversal of Akadiri’s appointment and installation, allegedly locked up the palace to deny the installed Oba access to the palace

On Oct. 27, police in Osun confirmed that five persons were shot during a protest that greeted the announcement and installation of Akadiri as the new Akirun.

The state government in line with the order of the court ratified the candidature of Akadiri on Oct. 26 at the state’s cabinet meeting.

Opalola said then that injuries sustained by the gunshot victims were not life-threatening.

She said the police had not made any arrests, but normalcy was restored in the community.

“Victims were shot during the protest, but peace has returned to the town.

“It started on Wednesday after the state government announced a new Oba for Ikirun, and some youths were said to have stormed the streets in protest.

“A Deputy Commissioner of Police led operatives to the town. Those shot are responding to treatment. Normalcy has returned,’’ Opalola said in October.