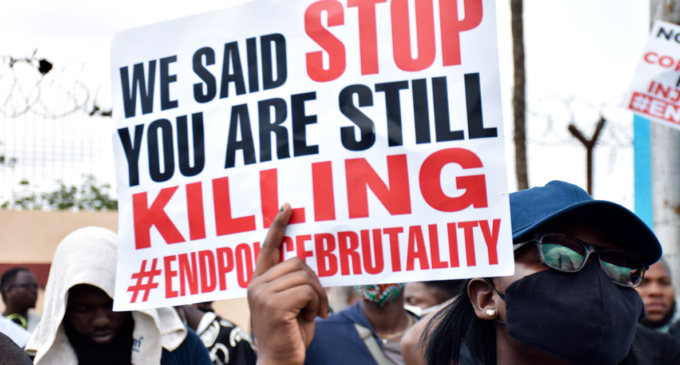 Police in Lagos State have stated the reason they are still detaining some of the residents who protested against police brutality, under the ENDSARS banner, in October 2020.

According to a Punch report, 23 people have been in the command’s custody since then, with all being prosecuted.

However, on why the detainees were arrested and linked to robbery, Hundeyin said during the protests, some persons invaded police station and took police items away.

“Are you not aware that during the #ENDSARS, our rifles were stolen? That’s robbery,” he said.

“Some people invaded the police station, took police rifles away, took uniforms away, took handcuffs, took many things away, that’s robbery!”, he insisted.

When asked if he was aware of any compensation made available to victims of police brutality since the Lagos Judicial Panel on #ENDSARS submitted its reports, the PPRO said he was not aware of any.

“If there is going to be any compensation, it’s not from the police. Honestly, I’m not aware,” he told The PUNCH.